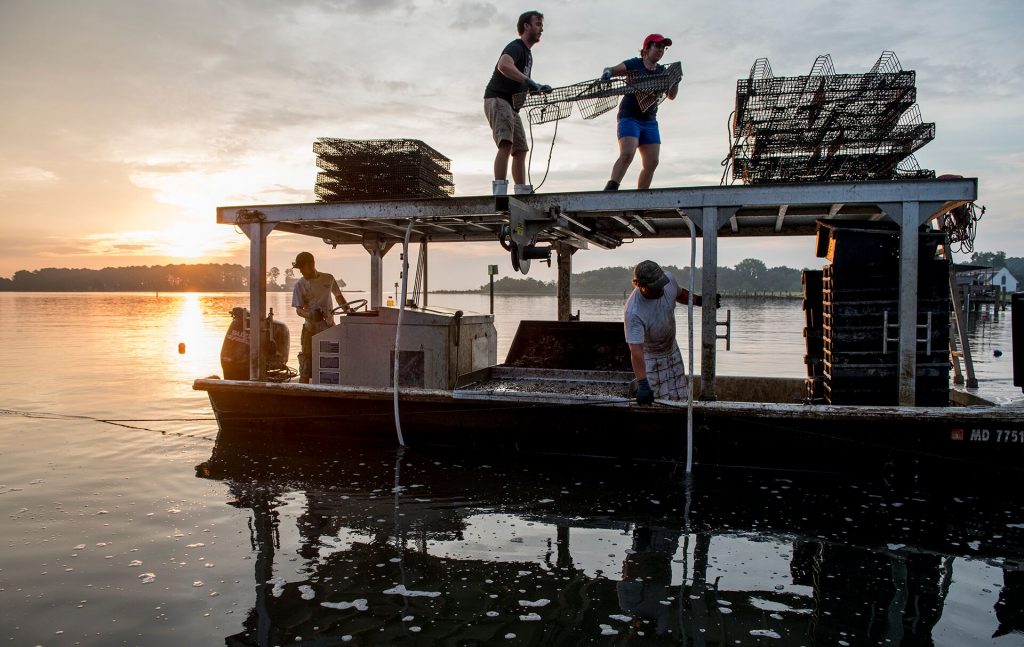 The national organization representing aquaculture producers in the United States is preparing a list of recommendations for U.S. President-Elect Joe Biden.

Topping the list from the National Aquaculture Association (NAA) is the reduction of the United States’ reliance on foreign seafood sources by expanding domestic farming of seafood. In 2017, the annual seafood trade deficit was nearly $17 billion, and roughly 90 per cent of the seafood Americans consume  is from overseas.

The list to be presented to the Biden-Harris transition team will also include the following recommendations:

In May, President Trump signed an executive order promoting U.S. seafood competitiveness, which the industry saw as seminal. Among others, the ordinance outlined an array of strategies designed to remove “outdated and unnecessarily burdensome” aquaculture regulations.

“These are exciting times for U.S. aquaculture and we really don’t think the momentum will fall off to achieve a global imperative to feeding nine billion people in a couple of decades,” says NAA President Jim Parsons.

Another industry leader, Jeanne McKnight of the Northwest Aquaculture Alliance (NWAA), hopes the momentum will continue in a Biden Administration.

“After all these years of trying to promote our U.S. industry, finally a U.S. president made it a national priority to grow the domestic seafood sector. It was, and still is, a ‘big moment’ for aquaculture,” says McKnight, NWAA executive director.

“At the same time, I think — and our NWAA leadership agrees — that we need to work in a concerted way to showcase aquaculture in all of its forms (from open ocean to marine/net pen, to land-based, to freshwater ponds and raceways, plus all the support industries), as a strategic way to help the country recover from the pandemic, create more economic stability, and build a more food-secure future,” McKnight says.

She added: “While some people have expressed concern about a possible shift to the Left that could harm aquaculture development, I remain optimistic that the President-Elect will be more of a ‘hands-across-the-aisle’ kind of leader who will be willing to work with Republicans and his own party to keep the momentum going for seafood and aquaculture competitiveness — and give new meaning to the word ‘Blue Revolution’.”

Meanwhile, the executive director of the California Aquaculture Association (CAA), Michael Lee, says CAA is confident in the progress of the AQUAA Act, the bipartisan aquaculture reform bill that’s now before the Senate for consideration. “I feel that the Act has strong momentum in congress and is just as likely to move forward in the Biden administration as it would in the Trump administration,” Lee said.