Aquatic ecosystems are incredibly complex systems with many interacting components and related functions. 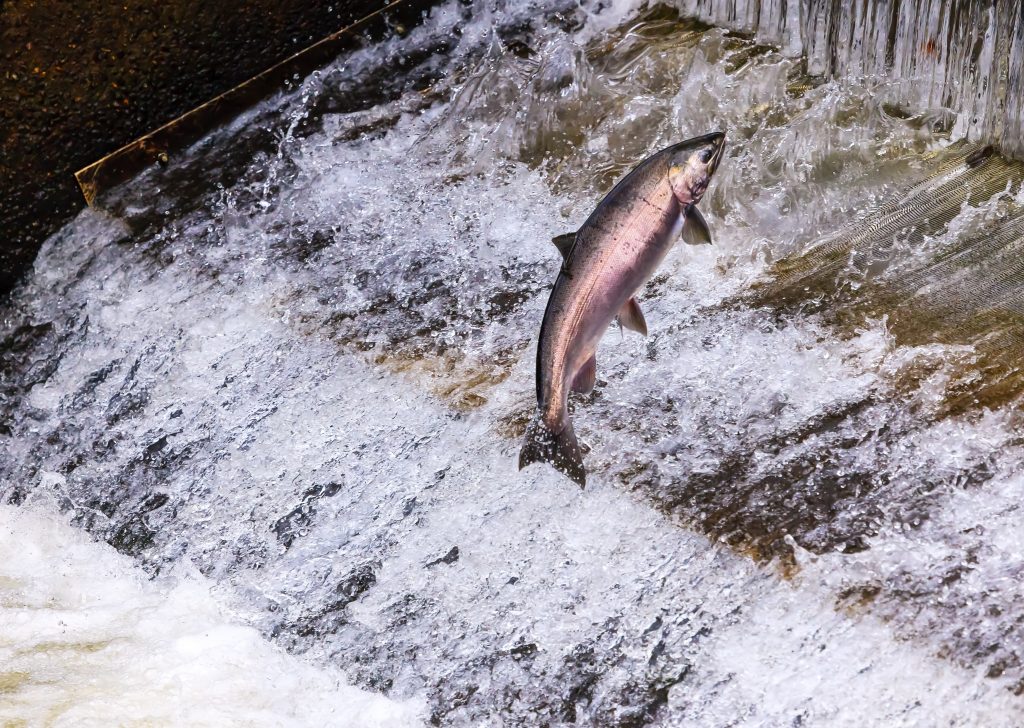 H.R. 3144 requires congressional authorization for any structural modification or action at Columbia/Snake river federal dams that would restrict power generation or navigation. ‘We must avoid misguided choices (by policy-makers) that force dam operators to choose between power generation and fish welfare

The primary factors affecting them are difficult, perhaps even impossible, to predict. Nevertheless, I have enjoyed a career developed around fish and the aquatic ecosystems they inhabit. I am reminded of a question from a young engineering student, accustomed to using predictable equations and formulas. “Why do you environmental scientists want to work with things that are so complex and unpredictable?” he asked. By way of comparison, rocket science is relatively simple and predictable for him and his colleagues. Environmental science is not rocket science; it’s much more complicated.

The introduction of H.R. 3144 in the US House of Representatives and the subsequent debates in Congress and in an array of public forums brings the complexities of aquatic ecosystems back to mind. H.R. 3144 is a bill introduced to deal with the operations of the Federal Columbia River Power System, but it is also known informally as the “Salmon Extinction Act,” a name bestowed by opponents of the bill. Resource managers, scientists, and environmental activists contend that the operational procedures and priorities mandated by H.R. 3144 place endangered salmon and steelhead at additional risk of extinction, and, therefore undermine the standards of the Endangered Species Act (ESA) and the National Environmental Policy Act (NEPA). Proponents of the legislation, including its primary sponsor, US Representative Cathy McMorris Rodgers (R-WA) contend it would clarify operational priorities without causing any harm to salmon and other fishes. “Dams and fish can co-exist,” according to McMorris Rodgers.

The action by the congresswoman and four co-sponsors (all from Washington or Oregon) was precipitated by a decision by the 9th US Circuit Court of Appeals which recently upheld a lower court’s decision requiring the US Army Corps of Engineers to allow more water through the dams’ spillways instead of through electricity-generating turbines because additional water is needed to support the migration of endangered salmon and steelhead populations from the areas above the dams to the sea. Proponents of H.R. 3144 argue that hydropower and fish must coexist because 70 percent of the electrical energy for Washington State comes from hydropower, much of it from dams in the Columbia River Power System. These proponents argue further that the recent increases in the survival rates of migrating salmon are due to transporting the salmon around dams in barges, not to higher spill rates over the dams.

Although an agreement reached during the Obama Administration requires the US Army Corp of Engineers to operate the Columbia River dams in a manner consistent with the Endangered Species Act’s Supplemental Biological Opinion of 2014 until September 30, 2022, H.R. 3144 requires different operational priorities. Under H.R. 3144, “no structural modification, action, study, or engineering plan that restricts electrical generation at any Columbia River Power System hydroelectric dam, or that limits navigation on the Snake River in Washington, Oregon, or Idaho shall proceed unless such proposal is specifically and expressly authorized by an Act of Congress.” H.R. 3144 gives clear priority to power generation over any environmental consideration.

Attempts to dictate operational guidelines for complex ecosystems through Congressional action leads to an additional conclusion: aquatic ecosystems are far too complex to be understood by typical Members of Congress. I suggest, however, that most Members of Congress make no effort to understand these systems and to base their actions on maintaining functional ecosystems. In the case of H.R. 3144, the Congressional sponsors clearly based their actions on political considerations driven by concern for maximizing profits from power generation. “Lip service” has been given to ecosystem issues by claiming, “We can have both, salmon and power.”

In fact, that may be true, but not by the methods proposed through H.R. 3144 where priority is always given to power generation. Migrating salmon must have additional water flows; however, the “lost” hydropower could be replaced through efficient usage and additional power generation from wind and solar. We must avoid misguided choices (by policy makers) that force dam operators to choose between power generation and fish welfare. Alternatives that support wild fish, aquaculture, and power generation are available if decision-makers are not locked in to supporting the demands of traditional profit driven corporate interests.

Corporate capitalism that is focused only on maximizing the bottom line relies strongly on manipulating our government officials. It is time, actually past time, to acknowledge the fact that corporate capitalism is closer to totalitarian systems than to main street capitalism where competition and informed consumers regulate the economic system. Our current system in which the influence of huge corporations dictates Congressional decisions is not representative democracy in action; it’s a form of cronyism, guided by corrupt influences that do not consider the long-term interests of the public and the complex ecosystems that support the existence of not only salmon, but all forms of life, including humans.

H.R 3144 is, in fact, bad legislation driven by the arrogance of political power (we have the power to do as we d**n-well want to) and disregard for compromises and science-based conclusions. Citizens must demand real representation of their interests, not the short-term profit-driven misguided choices provided by corporate lobbyists.