The urgency of addressing ocean acidification 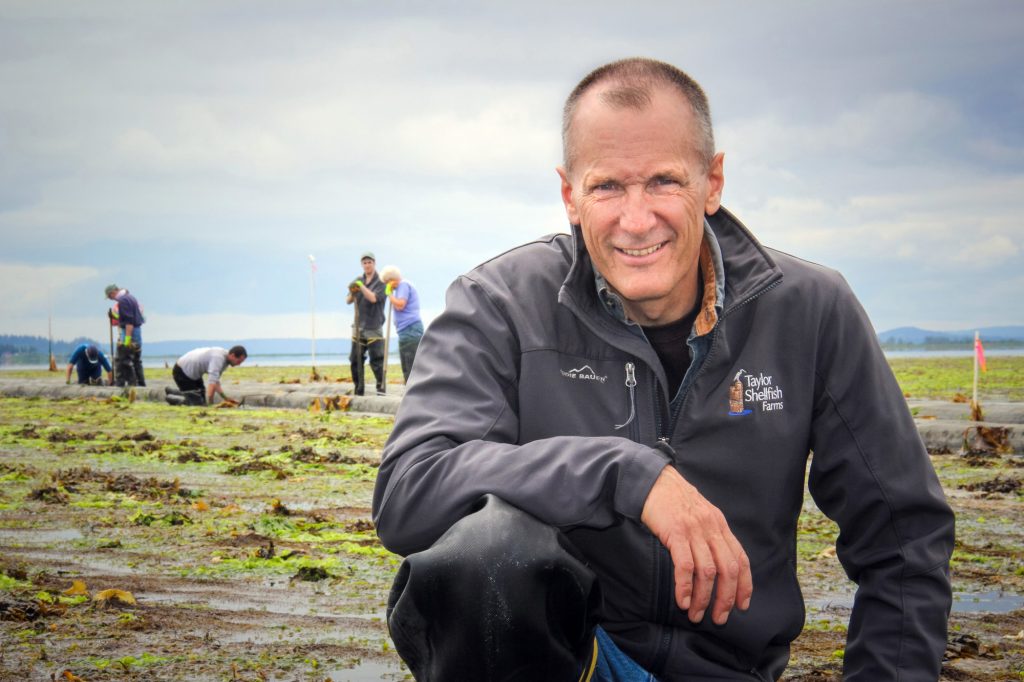 Bill Dewey of Taylor Shellfish on his clam farm in Washington state. Ocean acidification was given a high profile at a global conference focussing on threats to the health of the world's seas.

Earlier this summer Secretary of State John F. Kerry hosted Our Oceans, a global conference focusing on three major threats to the health of the world’s seas – overfishing, marine pollution and ocean acidification.

Bill Dewey, a name familiar to shellfish farmers and spokesman for Taylor Shellfish in Washington state, was invited to take part. Dewey was one of a panel of international experts on the subject. Delegates to the invitation-only conference included experts on the different topics and issues, diplomats, country and foreign-ministry leaders, policy-makers, and internationally-recognized personalities, all of whom were guaranteed to raise national and international awareness about the ocean’s troubles.

It was particularly good, Dewey said, to see ocean acidification and its devastating effects given such a high profile on the US and world stage.

Dewey spoke on the second day – a day devoted to plenary and breakout sessions on ocean acidification – following a video speech by President Barak Obama promising increased action on the three issues.

In addition to Obama, actors Leonardo DiCaprio, an ocean conservation activist who has his own multi-million-dollar foundation to research and combat ocean pollution, and Ted Danson, who also has an ocean-aid foundation were featured speakers.

Kerry echoed Obama’s comments that “the administration is taking steps to protect coastal communities from the impacts of climate change, to improve domestic aquaculture, and to provide research to better understand the challenges facing our oceans.”

“By removing barriers in the permitting process, the United States can encourage shellfish farming and help rebalance our seafood trade.”

Dewey said that the conference represented an encouraging development in the recognition that the world needs to take better care of its oceans, and in particular, tackle the devastating impact of ocean acidification on shellfish in the ocean and in aquaculture hatcheries.