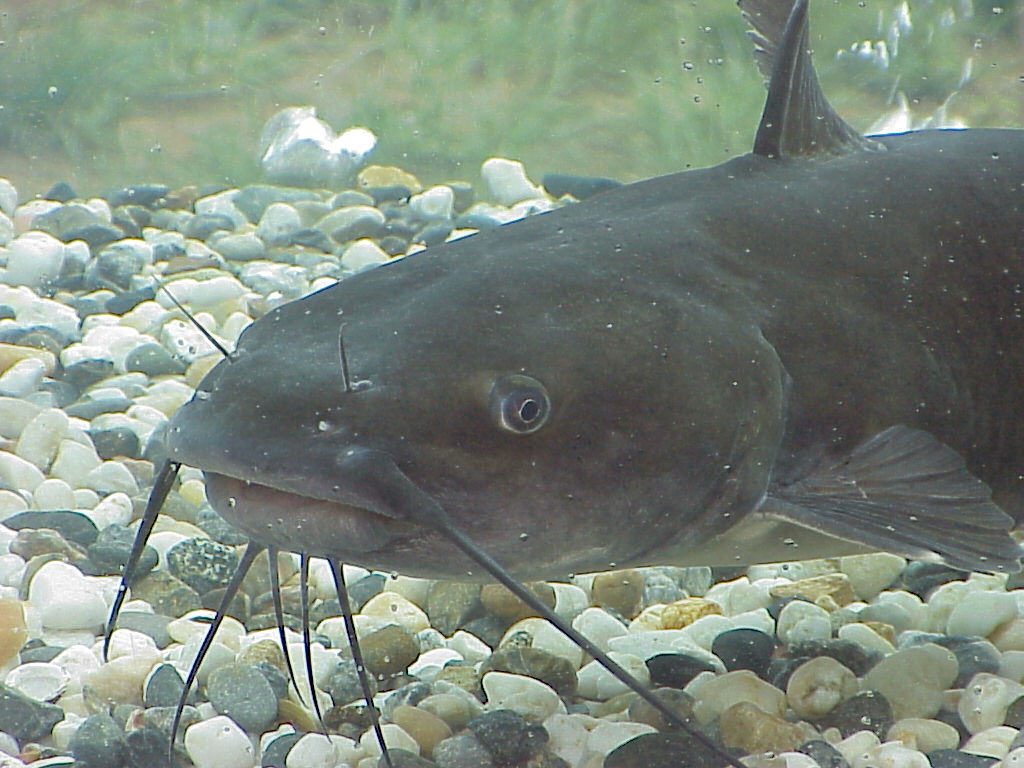 Dr. Ben Beck and his associates at the Harry K. Dupree Stuttgart National Aquaculture Research Center (SNARC) in Arkansas are conducting studies that use Kaolin clay to control the effects of Flavobacterium columnare, the causative agent of columnaris disease on channel catfish, (Ictalurus punctatus).

Kaolin is a processed form of clay, [Al2Si2O5(OH)4], not found normally in waters used for fish culture. It appears to block the ability of the columnaris bacteria to attach to their potential hosts.

Columnaris disease is ubiquitous in freshwater fishes, an important problem in both wild and cultured fish populations. Columnaris differs from most other bacterial diseases of fish in the fact that it primarily affects surface tissues, such as skin and, especially gills. It occurs more commonly when water temperatures are relatively warm (above 20o C) and can be facilitated by any handling of fish that damages the skin and the mucus coating.

Treatments for columnaris disease typically have been similar to those used for external parasites. Chemicals, such as chloramine t, Diquat, copper sulfate (CuSO4), potassium permanganate (KMnO4), or hydrogen peroxide (H2O2) are added to the water to achieve concentrations that kill the disease agent, but not the fish.

Even though such treatments have some success, they are not truly efficacious and have serious drawbacks. Limitations include: target animal safety, human safety, water quality/chemistry variables, and regulatory issues, such as specific approved use restrictions. As a result, the use of these chemicals is often inappropriate for commercial production settings. Safe, efficacious treatments, either preventative or curative have remained limited despite the widespread, serious losses caused by columnaris disease.

Kaolin is a chemically and biologically inert clay; therefore, many of the problems and concerns associated with oxidizing agents and herbicides/pesticides are avoided. Few, possibly no, negative effects for fish, the environment, or humans are known.

Additional benefits related to the use of kaolin are that there is no risk of antibiotic resistance and no harmful chemical residues are introduced into the environment or the eventual consumer product. The United States Food and Drug Administration (USFDA) has classified kaolin as “generally recognized as safe” (GRAS) for use as an indirect human food ingredient.

The mechanism through which kaolin may be effective in combating columnaris infections is disruption of the bacterium’s ability to adhere to the surface of host cells. Previous studies have identified adhesion of F. columnare to host animal cells as essential to the development of a disease condition.

When the bacteria are firmly attached to host cells, cleansing mechanisms, such as mucus secretion, cell turnover, and water flow across the surface are not sufficient for removing the pathogen. The surface of gill cells provides ready access to nutrient-rich blood, which may serve as a growth medium for the bacteria.

Anything that disrupts the ability of F. columnare to attach and remain attached to host cells provides a potential means for reducing the effects of columnaris disease on host fish. Adsorption of kaolin to bacteria cells is thought to inhibit the pathogen’s ability to adhere to gill and skin surfaces.

The studies conducted at SNARC appear to confirm the hypotheses that kaolin, at a treatment level of one gram per liter, is effective in reducing the effects of F. columnare infections. Disruption of the bacteria’s ability to adhere to fish’s surface cells appears to be the primary mechanism causing the benefits.

Science is always an ongoing set of processes. Additional studies at SNARC will explore possibilities for exploiting the adsorptive characteristics of bacteria-kaolin complexes for filtering and/or siphoning them from culture systems, thereby reducing the numbers of potential pathogens and the potential for disease outbreaks.

Another avenue for future research may examine the use of kaolin in concert with bacteriocidal/bacteriostatic compounds, which could increase the effectiveness of these compounds against F. columnare.

The research results obtained to date suggest opportunities for producers to reduce columnaris-related losses in production settings, such as grading, transporting, or stocking in which fish are handled by the use of kaolin treatments. Prophylactic treatment with kaolin prior to these activities may improve survival.