Cryopreservation is a valuable tool in preserving living cells or tissues of aquaculture species but lack of standardization makes it an underutilized technique, says a study. 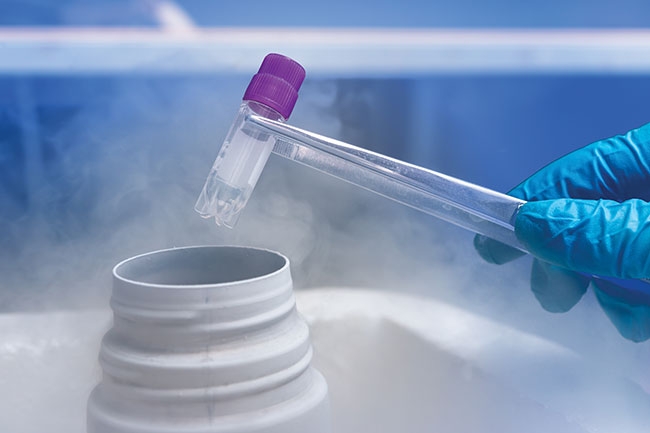 Among its uses in aquaculture is preserving milt (fish semen) for use at a later time for fertilization.

To address the lack of standardization, the study recommended the implementation of standard operating procedures, support of stock centers and internet content for development of training programs, and strengthening of the role of scientific journals and reviewers in reducing the frequency of irreproducible outcomes.

At Canada Cryogenetics Services, cryopreservation is widely used in finfish aquaculture and cryoconservation, says manager Maureen Ritter. “It can be used for genetic backup and production backup for fish production. It is done on commercial-scale using Square Packs, which hold enough sperm cells to fertilize 5,000 salmon eggs.”

The Norway-based company has branches in the US, Canada and Chile. “We are the only company that does it on a commercial scale and we standardized the process through our procedures and protocols,” she says.