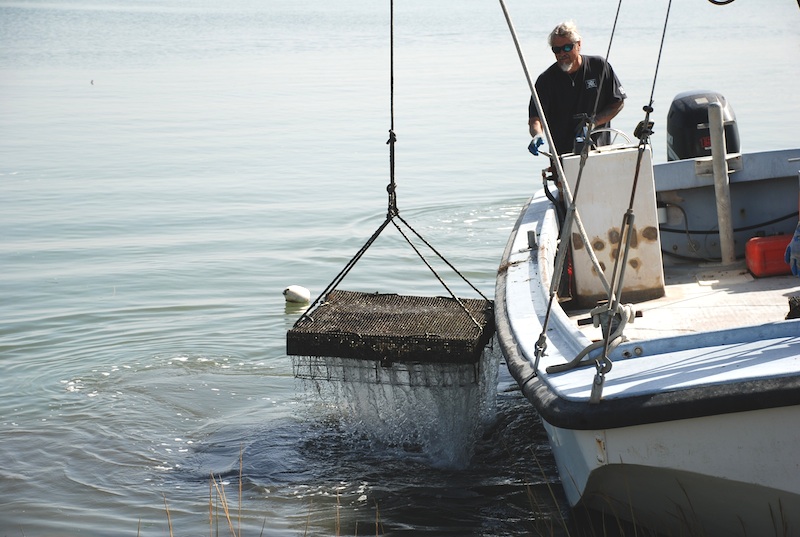 Virginia is well known for its active shellfish industry, and 2014 was perhaps its best year on record. During the year, Virginia’s aquaculture producers not only reported a record-high 243 million hard clams sold, but also a record 39.8 million oysters sold. Dr. Brendan Delbos, Vice-President of the Virginia Aquaculture Association says that the numbers are a reflection of Virginia’s very positive climate for aquaculture operations.

“It’s wonderful news and comes as no surprise,” says Delbos. “The amount of research and infrastructure that’s been invested to help grow the industry has a lot to do with these record numbers. There are a number of state agencies and universities that are involved in helping to support the industry and those facilities have played a role in helping to develop new techniques and making sure that the farmers are getting this information.”

Among those academic partners are The College of William and Mary and the Virginia Institute of Marine Science’s Aquaculture Genetics and Breeding Technology Center. Michael Oesterling, Executive Director of the Shellfish Growers of Virginia, says that the contributions of the academic community cannot be overstated.

“The academic community has a very long history of looking at issues that impact the shellfish industry in Virginia,” says Oesterling. “Everything from diseases to stock enhancement, you name it. Because of this, industry has developed a very good relationship with the academic community where we can say ‘hey, scientists, we’ve got this problem, can you look at it and see what you can do?’ It’s a unique relationship.”

Oesterling says the industry’s relationship with regulatory bodies is equally positive and has helped make the shellfish industry a success. This uniquely positive business environment leads to one of the reasons Delbos identifies for the increased numbers – a high number of start-up operations.

“I see a lot more interest in what you would call “mom and pop” operations,” says Delbos. “These are individuals, who are relatively new to the field of aquaculture, but they see the promise and they see that quality products are being raised by their colleagues. I think that’s a lot of the growth.”

Caption: Virginia oyster production is primarily bottom cage culture with cages generally in less than 4 meters of water and accessible with power winches on skiffs. Photo courtesy of Shellfish Growers of Virginia.