Virus predates salmon farming in BC 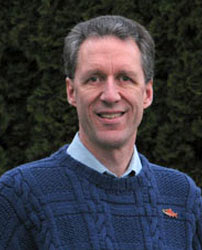 Study findings refute accusations of anti-fish farm activist that the piscine reovirus (PRV) was imported to BC from Europe with salmon eggs for the fish farming industry. PRV is benign and it's been around a long time in the Pacific Northwest.

A study published in the July edition of the international Journal of Fish Diseases has confirmed that the recently-identified piscine reovirus (PRV) is a so-called “benign” virus that’s been around for a long time in the Pacific Northwest.

This finding refutes accusations of anti-fish farm activist Alexandra Morton that the virus was imported to BC from Europe with salmon eggs for the fish farming industry.

The study, entitled Piscine Reovirus in Wild and Farmed Salmonids in British Columbia, was conducted in a joint effort led by Dr. Gary Marty, fish pathologist at the BC Ministry of Agriculture’s veterinary diagnostic laboratory in Abbotsford, BC.

Carried out with the assistance of several other fish veterinarians and researchers in the region, including Ahmed Siah of the BC Centre for Aquatic health Sciences, the paper reports on the results of hundreds of fresh and historical salmon tissue samples dating back to 1974.

Tested to give a better understanding about the presence of piscine reovirus (PRV) in the Pacific Northwest, the fish led the researchers to conclude that PRV infects many different species of both wild-sourced and farm-raised salmon.

The earliest positive result, found in a wild-source steelhead trout from BC, dates back to 1977, eight years before Atlantic salmon were imported into the province for farming.

Equally important, emphasise the authors, is that their research confirms that the fish carrying the virus had no signs of disease such as heart and skeletal muscle inflammation (HSMI).

The study, which was conducted last year, followed a legal challenge by Morton, who alleged that PRV was introduced to BC by salmon farming and that it was the causative agent of HSMI.

But even in the face of extensive testing, the disease has yet to be found in any fish – farmed or wild – in the Pacific Northwest.

The study also confirmed that in samples from 1987 through to 1994, the proportion of PRV “positives” was not significantly different statistically between farmed Atlantic salmon – detected in 44% out of 48 samples – and wild-sourced salmonids, detected in 31% out of 45 samples.

In the 2013 samples, says the study paper’s abstract, the proportion of PRV positives was not significantly different between wild-caught coho salmon sampled in BC – detected in 5% out of 60 fish – and the study’s reference region of Alaska, where there is no salmon-farming. The Alaskan samples tested positive in 10% out of 58 sampled fish.