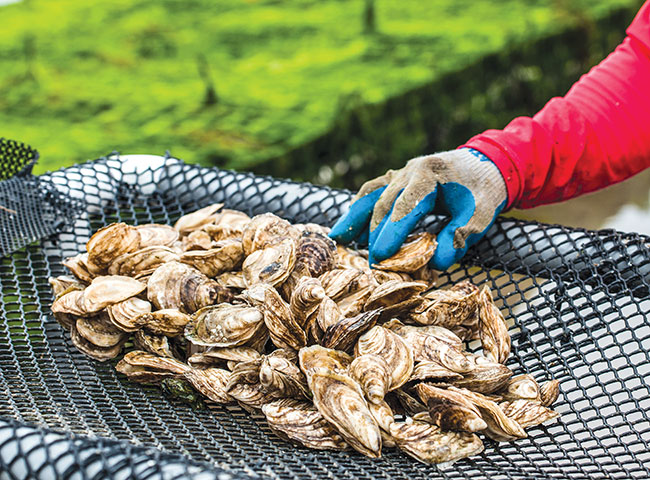 Mud worm presence is so far not on a level that causes concern, say industry leaders in WA State Photo: ©Peter / Adobe Stock

Researchers have officially confirmed the presence of a shell-boring oyster parasite Polydora websteri, also known as mud worm, on the shells of Pacific oysters in Washington State. And while the industry says it is not on a level that causes concern, it is keeping a watchful eye.

The study, “Confirmation of the shell-boring oyster parasite Polydora websteri (Polychaeta: Spionidae) in Washington State, USA,” published in 2020, is the first confirmed record of the species in the state. Researchers Martinelli, J.C., Lopes, H.M., Hauser, L. et al, said the invader has led to significant economic losses for shellfish aquaculture in Australia, New Zealand, and Hawaii.

David Beugli, executive director of The Willapa Grays Harbor Growers Association in Southwest Washington, says mud worm may have occurred in low numbers for some time. “The blister discolors the shell but has no effect on the meat. Currently they have not caused a problem here and are not a concern.”

He acknowledged, however, that research is looking at how widespread they are. “Even within the estuaries their distribution appears patchy and is not yet fully mapped. Early indications are the polydora are already pretty widespread and may be composed of several species.  Their life histories are still not very well understood.”

Margaret Pilaro, executive director of The Pacific Coast Shellfish Growers Association, says information she’s gathered from members indicate that “folks have not experienced any impact from the polydora on aquaculture product.”

“It seems to appear on older oysters but the ones that support the commercial industry don’t seem to be impacted by it,” she said.