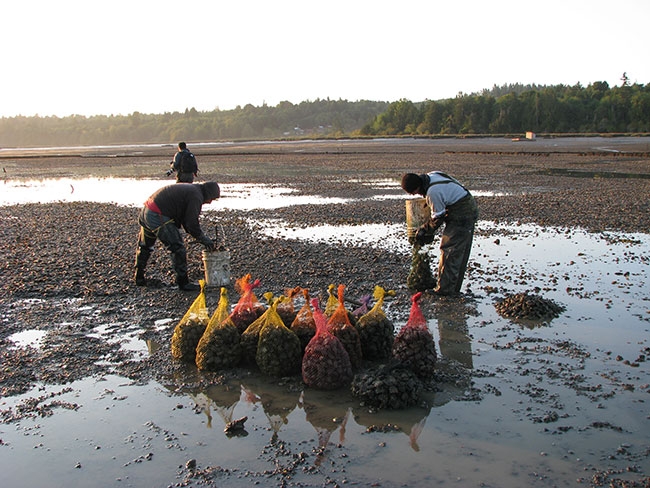 This was the conclusion of a performance audit on the US Army Corps of Engineers (USACE), which reviews permitting applications for shellfish aquaculture to make sure they comply with navigation and environmental laws.

The Government Accountability Office (GAO) conducted the performance audit between June 2017 and January 2019. It was requested by the USACE to review their process for authorizing shellfish aquaculture activity in US coastal waters. The review period covered 2012 to 2017.

GAO randomly selected 15 applicants from the four districts and compared their experiences when applying for shellfish aquaculture permits over the period reviewed.

Ten said it took one day to four months to get authorization for their activities, a “reasonable” wait, they said. But at the opposite end were the five who had to wait from 18 days, to as long as eight months for the authorization, which they found “unreasonable.”

But over the five years in review, the audit found a reduction in the time for the permits to be processed overall. One applicant, who in 2012 had to wait eight months to receive his authorization, was able to get his authorization in 2017 in only two months.

The USACE in the four districts attributed the improvement to steps taken to expedite the process. In Seattle, for instance, district officials reviewed previously submitted documentation from applicants renewing their permits if there are no anticipated changes in their activities. This allowed the USACE to more quickly reauthorize those activities, according to Anne-Marie Fennell, director for Natural Resources and Environment at GAO.

In addition, USACE officials from across the four districts said they have reduced the time needed to review applications through efforts to more efficiently conduct reviews under the Endangered Species Act.

But while the goal of the of the USACE in the four districts is to authorize applications within 60 days, they told the GOA that they are sometimes prevented from doing so by factors such as heavy workload and coordination or consulting with federal states or tribal agencies.