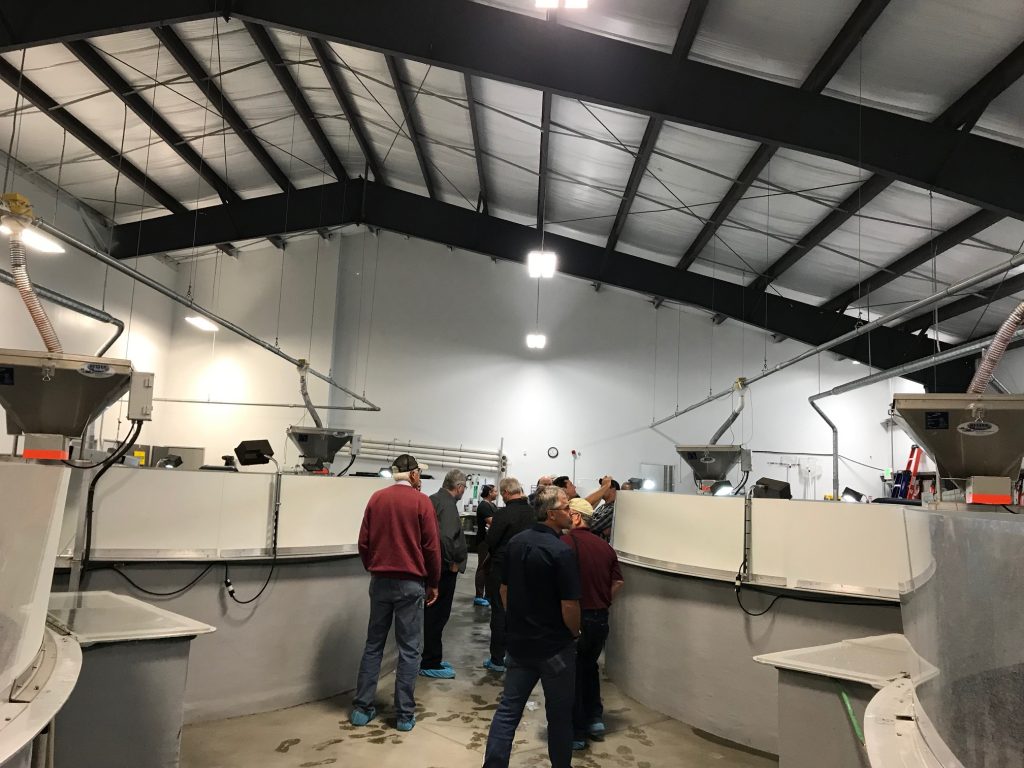 Cooke's Scatter Creek hatchery in Rochester, Washington State, where its team is learning the ins and outs of trout farming. (Credit: Liza Mayer)

The Washington Department of Fish and Wildlife (WDFW) is proposing to give Cooke Aquaculture a tentative five-year permit to farm all-female triploid rainbow trout (steelhead) in existing net-pens in Puget Sound and wants the public’s input on the plan.

The agency on Tuesday began a 21-day public comment period regarding Cooke’s proposal, after which the agency will make a final decision.

“Given the escape of Atlantic salmon in 2017, we know that there is a heightened sense of concern around the impacts of fish aquaculture in Puget Sound,” said WDFW Fish program director Kelly Cunningham. “We want to hear from the public about Cooke Aquaculture’s proposal and our proposed permit requirements.”

In addition to agreeing to farm only sterile fish, Cooke will also need to prescreen any fish destined for net pens in Washington waters to ensure that they are free of disease.

The agency asks the public to submit comments by 22 Oct 2019.