What prevents offshore aquaculture from taking off? 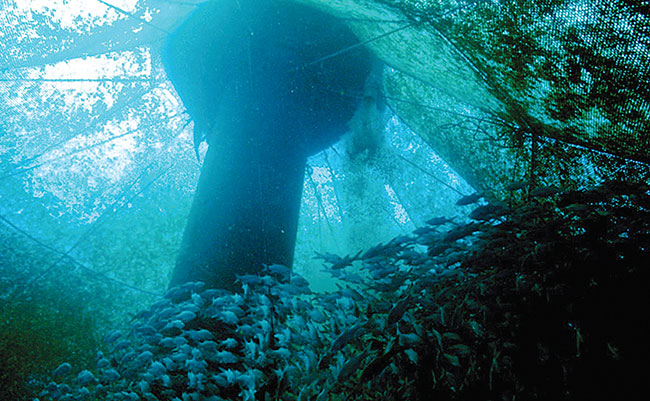 Coastal marine aquaculture is reaching its growth limits, but don’t expect offshore aquaculture to pick up the slack and accelerate in the near term, says Rabobank.

In its report focused on the drivers and inhibitors of offshore aquaculture development in key “epicenters” worldwide, including Norway and China, Rabobank says the sector’s growth trajectory is difficult to predict due to varying technical, market and legislative challenges it confronts.

If the current performance of farmed salmon is indicative of the industry’s progress, the numbers are far from encouraging.

For instance, Rabobank estimates that only 100,000 – 300,000 metric tons of salmon could be harvested from offshore farms globally by 2030 – that’s a mere 10 percent of the current global salmon production of over 2.5m metric tons and the said output could also involve partial use of coastal farming facilities.

The report maintains that offshore farming in other species presents a bigger opportunity because  the market for marine and diadromous species, excluding salmonids, has been estimated to reach 4 m to 4.5 m metric tons as of 2019.

Incentives to go offshore
Moving marine aquaculture offshore is seen as a logical solution to the decreasing availability of ideal farming locations worldwide, says Rabobank. While decision to move offshore will be difficult to execute in Norway due to regulatory restrictions, countries will less restrictive regimes allow aquaculture to reach maximum carrying capacity although it negatively impacts the environment and fish health.

Rabobank cites how pollution in some regions are making once ideal farm location difficult to operate in and how climate change is warming coastal waters in Australia forcing farmers to consider offshore production.

Growth barriers
Rabobank says offshore aquaculture could be capital intensive depending on the location. Compared to farms in tropical and Mediterranean waters, CAPEX tended to be high in Norway as the country needs substantial infrastructure to scale and manage harsh environment and wave energy.

Data from publicly disclosed project puts the CAPEX for offshore farming within the US$11/kg to US$17/kg range – same range as that of the more cost-effective land-based recirculating aquaculture systems (RAS).

“Arguably, if there are no differences in variable cost, mortality and quality, it will probably be RAS, not offshore systems, that drive incremental growth in salmon,” the report said.

Rabobank says the salmon industry in Norway has the advantage of being well developed. It is also exposed to fewer operational risks as their farms are already equipped with husbandry, feeding, harvesting, marketing expertise to thrive.

By contrast, the aquaculture industry in China is less developed and more fragmented where farmer grow, not only salmon, but also a range of products ranging from grouper, yellow croakers, Japanese seabass, etc. Farmers in China are decades behind in farming skills and with their simple company structure and limited technology, they are unable to transition to the offshore sector.

Legislation – A Key Limitation
Rabobank said many aquaculture pioneers in the US are unable to scale because of unclear regulations and everchanging legislations. “To be able to move forward with offshore aquaculture, departments regulating marine transportation, tourism, fishing and offshore energy, as well as the military or coast guard, and environmental analysis all need to be supportive,” the report said.

Given its government support and the strategic relevance of offshore farming to the industry, China does not experience the same legislative barriers that exists in the West. However, if farms are far enough from the coast and are placed in disputed waters, it could create tension with neighboring countries.

Just like China, Norway’s regulatory environment can be restrictive. It’s production volume limited by licenses issued only every two years capped at 6 percent of the theoretical maximum production. The license will not be awarded if the industry fails to meet stringent biosecurity parameters such as lice number and medication use. This gives salmon farmers the impetus to consider moving offshore.

Despite the restrictions, Norway benefits immensely from government support. The government grants licenses to innovative products and the farm can covert these licenses to valuable coastal salmon farming licenses making experimentation with offshore farms less costly if not proven successful. So far 200 product innovation projects have been submitted, so far of which 70 has now been accepted by the government.