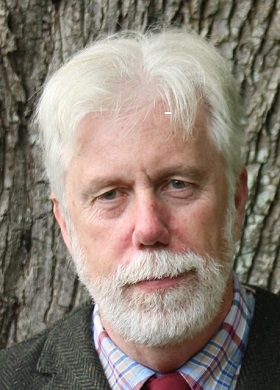 The United States-based Atlantic salmon producer announced today that Michael Thompson, a seasoned environmental consultant in Maine, will lead the on-site project work on the facility the company is building on the site of the former Verso Paper Mill.

Whole Oceans plans to erect a 945,000-square-foot land-based fish farm in the area.

Thompson will be responsible for assembling design and construction teams, managing contractors, vendors and consultants, overseeing budgets and timelines, and ensuring that the company is complying with all regulatory commitments, according to a press release from Whole Oceans.

He will also develop and maintain important relationships with stakeholders, including the Town of Bucksport, partners, regulatory agencies, elected officials and others.

“I know what this enterprise will mean to the Town of Bucksport and the midcoast region, which I call home, as well as to the future of aquaculture in the U.S. and beyond,” said Thompson

Thompson joins Whole Oceans after a successful 33-year career in consulting, during which he has worked for several prominent consulting firms in the northeast. For 14 years, he was co-owner of a 75-person environmental consulting company based in Maine.

“Mike has been instrumental in helping our team through the permitting process and working with us as a consultant over the last couple of years,” said Jacob Bartlett, chief executive officer of Whole Oceans. “His extensive knowledge and experience made this an easy transition to bring him on full-time to help us continue moving forward with this exciting project.”

He is a certified wildlife biologist (CWB) and professional wetland scientist (PWS) with a long history of managing large teams of survey, engineering and environmental professionals.

Thompson is also an adjunct faculty member at the University of Maine’s School of Forest Resources. He resides in Camden, in Maine’s mid-coast region.

The Whole Oceans team is currently in the pre-construction phase and continues to make progress toward ground-breaking for the Bucksport facility.

This phase includes finalizing the details of the design plans and contract negotiations for construction of the project.

“Whole Oceans is scheduled to break ground on the project this summer, but as with all major construction projects, the current pandemic situation requires careful coordination with construction coordinators as they adjust to new working conditions,” according to the company.