Why aquaculture lags in tech investments

The onus is on the aquaculture industry to build confidence in the financial institutions and get them interested in aquaculture, if it is to attract technology investments. 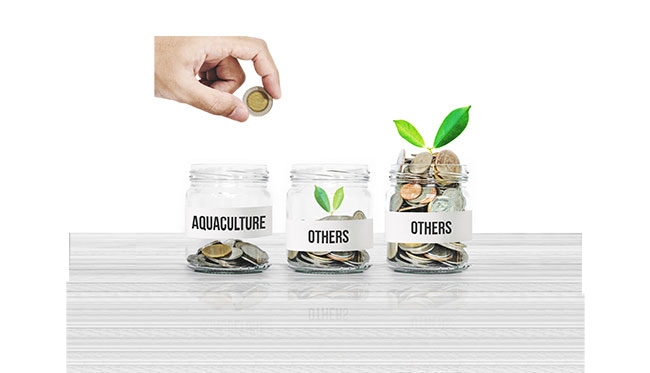 The onus is on the aquaculture industry to build confidence

This was the sentiment among leading innovators and investors at the inaugural Animal AgTech Innovation Summit in San Francisco in March, where technology’s role in delivering sustainability and efficiency to aquaculture was in the spotlight.

Participants acknowledged that the industry is lagging when it comes to technology investments. The problem may be the “fear factor” among venture capitalists (VCs) and investment firms and their unfamiliarity with aquaculture, suggested the panelists in the session: “The rise of aquaculture: transforming the industry through digitization, closed systems and alternative protein feeds.”

Aquaculture industry insiders know the industry will be “a big thing for the future” and a very important protein generator but this knowledge is only beginning to fan out, they said.

“Awareness about aquaculture is not so much especially in the investor community here and even being able to raise capital to start this business, there’s a lot of education of investors needed,” says Bryton Shang, founder and CEO of San Francisco startup Aquabyte. “Not many traditional VCs understand what aquaculture is and understand the due diligence that they needed to do. One basic challenge is that to start a business like this you would want to go to a place like Norway or somewhere else where there are farms. But I think there are certainly a lot of positive macroeconomic trends that make it such an attractive industry.”

Tony Chen, CEO of Manolin, agrees. “In the States I think people don’t recognize how big an industry aquaculture is. They know a couple of oyster mom-and-pop shops from up and down the coast, but what they don’t recognize is how much seafood is consumed around the world. But that’s changing,” he says.

He added that the ocean’s status as an “unregulated uncertainty” further makes investors adopt a wait-and-see stance.

Alan Shaw, president and CEO of US biotech firm and FeedKind protein manufacturer Calysta Inc, says what the industry also needs is “a big success” to get enough investment capital flowing into the industry.

“If people can see that you can make money, because at the end of the day, it’s all about making money. You have to be able to show that it’s (the technology) economically viable. You have to give people a return. The market will always win out,” he says.

Success of any innovation also rests on its scalability, Shaw added. Take feed, for example; he says fish farmers will not adopt it if it is not at a scale where it becomes readily available in places where it is needed.  “If a technology can’t scale, it’s useless. People don’t buy science. They buy technology. They buy product. And product has to scale for people to adopt it.”

The bottom line is that a proven product or a proven business model will not succeed if it is not scalable, he suggested.

The summit gathered innovators and investors in the food industry to share knowledge and build partnerships to bring innovations to market as the aquaculture industry faces intense scrutiny.

“There are 700 different aquatic species that are being farmed globally today,” says Mike Velings, co-founder and partner of Netherlands-based aquaculture investment firm Aqua-Spark. “The aquaculture industry is larger than the beef industry; it’s already larger than fisheries for human consumption and people think that it will double before mid-century and potentially even triple before mid-century, which means a lot of new behaviors and a lot of new developments in an industry that’s relatively young.”