Though their approaches are diverse, what all of these women have in common are leadership styles that are anything but traditional. 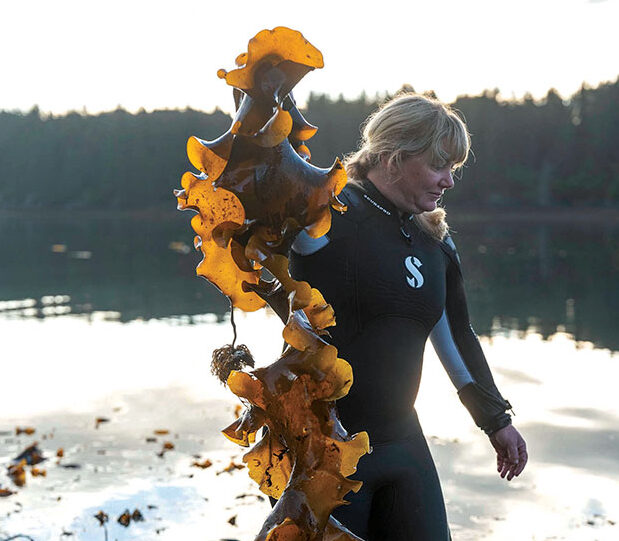 Pick a region from Alaska to Maine—or somewhere smack dab in between—and there are women CEOs, founders, and lifelong sea farmers proving that the benefits of aquaculture, from restoring the oceans to creating jobs, can earn the industry the social license to operate.

A certain boldness was on display, for example, at a recent panel at College of the Atlantic in Bar Harbor, Maine. Four women leaders in seaweed and shellfish aquaculture were asked to share their views on successes and challenges. “They don’t shy away from challenges because they know they have to tackle them to move forward,” said Natalie Springuel of Maine Sea Grant, who moderated the panel.

Like many areas in the U.S., Maine has seen increasing public opposition to aquaculture in recent years.  The panelists “fully expected that there were going to be some challenges raised today,” Springuel said, and there were. During the panel, an audience member began reading a long diatribe against the lease application of one panelist.  Another person called out, “This can’t be a cheerleading session.”

Other members of the audience, however, chimed in with support. They had been absorbing the messages, as Springuel said, about how to “integrate aquaculture into our working waterfronts in ways that work for our communities while also providing food, jobs, and economic development.”

In a refreshing take on “The Future of Restorative Aquaculture,” which was the title of the panel, Briana Warner, CEO of Atlantic Sea Farms, said, “What drives me is the restoration of hope. When we talk about aquaculture, fear is often brought to the table. But fear is one of the most insidious, problematic positions to take on anything. It will eat you alive. But one thing that will always make you thrive is hope.”

Communication
Warner has probably done more than any single individual in the U.S. to raise the profile of farmed seaweed as something good for people, the planet, and the pockets of Maine lobstermen (and women). 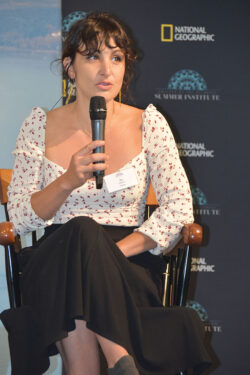 Whether the platform has been Eating Well, CBS This Morning, or the World Economic Forum, she has told the story of kelp’s climate contributions as a carbon sponge and personal health benefits as a delicious food.  “People won’t eat it if it doesn’t taste good,” she has often said.

An expert in economic development and former diplomat, Warner relishes the impact her company can have for Maine families, starting with Atlantic Sea Farms’ network of 27 independent “partner farmers” who harvested almost one million pounds of kelp this year on 100 acres up and down the coast.  By growing seaweed during lobstering’s off-season, they are avoiding the risks of an income stream based on a monoculture.

As Warner talks about hope for the future, however, she fights misinformation like a boxer with a stunning left jab. Strong on facts, she can deftly summarize the economic dynamics of lobstering and counter-punch the fear tactics of anti-aquaculture activists.

She also easily engages audiences. Take the objection of opponents who have attempted to “fight industrial aquaculture” by urging municipalities to adopt moratoriums on leases larger than five acres.

At the recent Bar Harbor panel, Warner met this objection head on.  She reminded the audience that Maine has more coastline than California. “Now I want to see a raise of hand of anyone here who thinks the Portland Jetport is a huge airport,” she asked.  When no hands went up, she said, “All aquaculture in Maine, including finfish, could fit into one and a half Portland Jetports.”

Empathy
In a recent email, Warner noted that “good leadership demands empathy and an unrelenting belief in, and support of, people working hard to make the world better.”

She shares this philosophy of empowerment with Sylvia Wulf, the CEO of AquaBounty, a first-mover in the production of genetically engineered salmon in recirculating aquaculture systems. The Massachusetts-headquartered company is currently harvesting salmon on Prince Edward Island in Canada and in Indiana, with plans in the works for a 10,000 metric ton farm in Ohio.

Sometimes described as transformational, Wulf’s leadership style is, by definition, an approach in which leaders and their teams raise one another to higher levels of motivation and achievement.

During a recent podcast with Maryam Farag, editor of Aquaculture North America, Wulf articulated her company’s mission: “We want to feed the planet in a safe, secure, and sustainable way by using technology to change aquaculture.  So, when talented people come to AquaBounty, that’s what they’re excited about. And then my role is to make sure that they can achieve their full potential.”

Explaining how that might work, she said, “We practice lean and continuous improvement. Those closest to the work are the ones that are looking at how to make what they do better. And it allows them to contribute in ways that typical top-down hierarchical structures don’t.” In other words, it’s different from the carrot-and-stick approach.

Wulf, who is based in Arkansas, has also boldly sought partners among those who have been opponents. She looks for common ground. “We’ve engaged with environmental NGOs because we both recognize that we need to take the pressure off the ocean where climate is having a tremendous impact on wild fish. AquaBounty’s genetically engineered fish require 25 percent less feed—another impact on the planet.  So, we can produce more of a healthy protein using less of a scarce resource.” 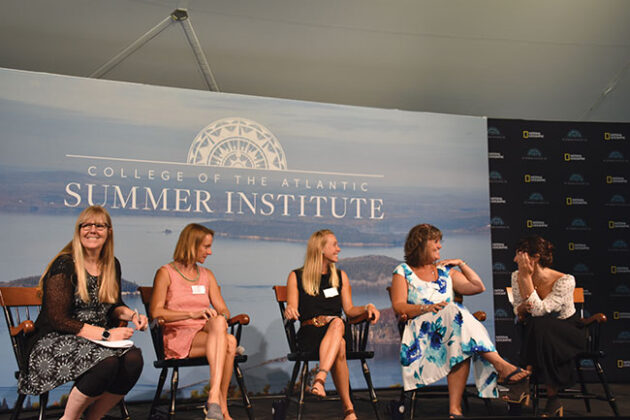 Humility
Kelp farming is in its infancy in Alaska.  The 49th state, which is separated from the other continental North American states by about 500 miles of British Columbia, only began issuing kelp farming permits in 2016.  It’s a critical moment.  “At this stage, everyone’s success benefits the industry,” said Lexa Meyer.

She is co-owner of Alaska Ocean Farms, which grows kelp on 120 acres (and will start farming oysters next year, with a lease for 40 more pending).

The customer for her kelp is San Francisco-based Blue Evolution—for which she serves as mariculture manager. (Alaskans tend to use the term “mariculture” instead of “aquaculture”). In that role, she oversees hatchery operations and processing every spring on Kodiak Island. Lexa is the company’s most senior representative in Alaska.

“We have had some pushback from the community here in Kodiak and other parts of the state of Alaska.  People are just concerned: Will these aquaculture operations take up too much space near towns? Will they impact vessel traffic areas of traditional fishing and recreation? The best way to address concerns is through education.  So, my phone is always on,” she said.

Meyer has given talks in the community, too, which she approaches as both an entrepreneur and a marine biologist. She works on joint projects with scientists at the Alaska Fisheries Science Center, where Blue Evolution produces commercial seed under a cooperative research agreement.  Together, for example, they are examining the effects of ocean acidification on kelp development.

Meyer is exemplary in the humility she brings to her work.  “Right now, we need to talk.  We need to share.  And, so, when people call me up, I like to tell them about all of my failures,” she declared. “I think those are some of the most important things that I have to offer right now because I don’t want people to make the same mistakes. That will cost time and money and will discourage them from continuing.”

Collaboration
Diani Taylor dug clams during low tide at night up until the day she was born – or, rather, her pregnant mother did. 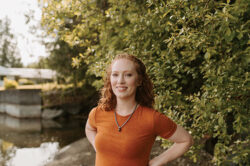 That was at Washington State’s Taylor Shellfish Company, the largest producer of aquaculture shellfish in the US. As a fifth-generation shellfish farmer, Taylor later worked at the family business in different capacities, including farming, permitting, and public affairs.  She eventually became general counsel. Today, she is an attorney at Plauché & Carr, a firm focused on issues related to natural resources, and still supports the legal needs of Taylor Shellfish.

She decided to become a lawyer, she said, to get additional skills “to help my family address some of the regulatory challenges that have become more numerous and complex over time.”

Water quality is one issue that is essential to shellfish farmers.  It is particularly challenging because it can involve so many stakeholders: regulators, scientists, politicians, coastal residents and businesses, and, of course, all the growers who are dependent upon clean water. Climate change has brought urgency to certain situations.

Yet Taylor favors collaboration over lawsuits. “It’s much better to work together on solutions and to find common ground,” she said.

“I really try to understand where other people are coming from, and I value transparency. It’s particularly important in having a conversation with folks you might not agree with.”

Taylor commends the fact that more diverse voices are engaged in aquaculture today.  She points to the value of listening to more experienced people and those with totally different opinions.  “I love when I walk into a meeting and can say, ‘A rainbow of opinions is represented here today.’”

And that rainbow promises to get even brighter. In her father’s generation, he and two of her uncles have led the company.  But in Diani Taylor’s generation, eight individuals are involved with the company – and seven of them are women.