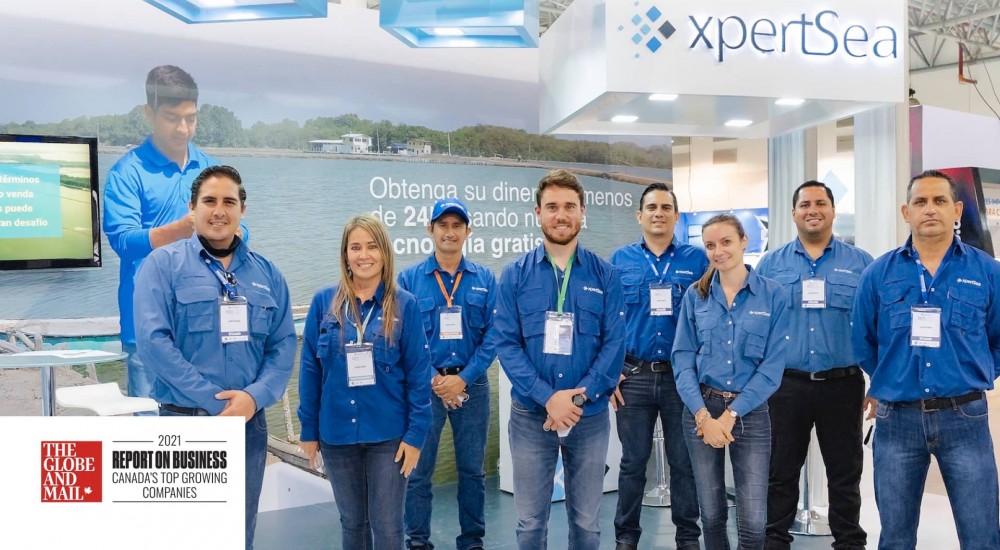 Aquaculture tech startup, XpertSea, was named as one of Canada’s Top 100 Growing Companies of 2021.

The Quebec City-based company ranked 63rd on The Globe and Mail Report on Business editorial ranking for its revenue growth of 963 per cent within a three-year period.

“Building one of Canada’s top growing companies during a global pandemic was made possible by the ingenuity and hard work of our teams in Canada, Latin America and Asia,” said Valerie Robitaille, XpertSea CEO. “It’s exciting to see our pursuit of better and more sustainable seafood achieve traction, and it’s inspiring to be counted among other Canadian companies experiencing such extraordinary growth.”

The company has also launched an Enterprise Insights platform that integrates a shrimp farmers production chain and gives them access to its marketplace of feed, health and genetic suppliers.

The marketplace was named Trading Solution of the Year by AgTech Breakthrough, a leading market intelligence organization that recognizes the top companies, technologies and products in the global agricultural technology market.

A total of 448 companies were featured in this year’s Top Growing Companies ranking.

Launched in 2019, the Canada’s Top Growing Companies editorial ranking highlights entrepreneurial achievement in Canada by identifying and amplifying the success of growth-minded, independent businesses in Canada. It is a voluntary program in which companies had to complete an in-depth application process to qualify.