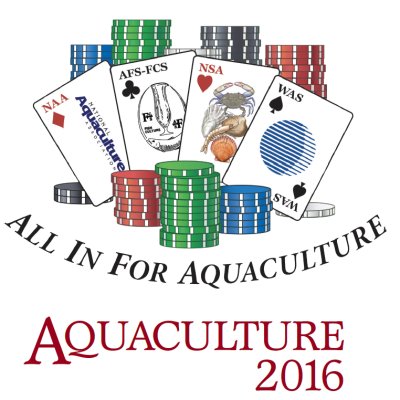 The Triennial is the largest aquaculture conference and tradeshow held in the world with nearly 4000 attendees from over 90 countries and even more countries are expected to have attendees at AQUACULTURE 2016. The Triennial combines the annual meetings of the World Aquaculture Society, National Shellfisheries Association, Fish Culture Section of the American Fisheries Society, and the National Aquaculture Association.

The last Triennial was held in 2013 in Nashville where it was pronounced a huge success by the nearly 3000 people who attended. Don’t miss this Triennial!