A future in shrimp 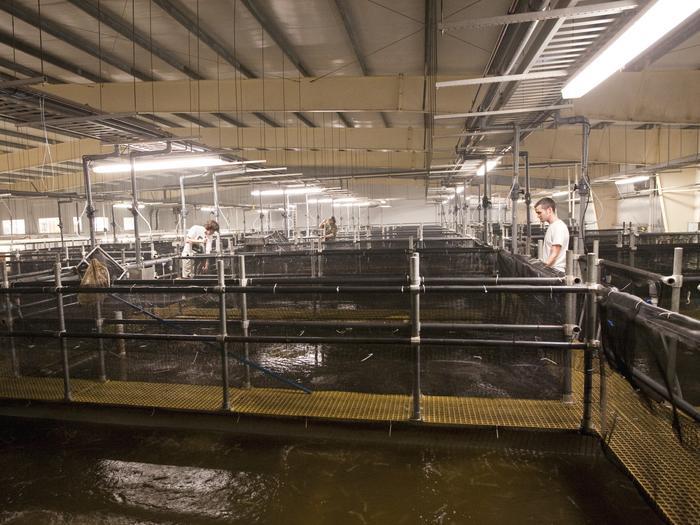 Shrimps raised in recirculation aquaculture systems (RAS) are the future of aquaculture, predicts the man behind the world’s largest producer of indoor-raised tilapia, Bill Martin.

“insatiable market” for shrimps opens up opportunities for producers. Shrimp is the top seafood species consumed in the US, he added, thus representing the largest potential market.

“About 25% of the seafood that we eat is shrimp and, literally, 99.5% of that is imported. So you do have a market to get into,” he told the audience at the Aquaculture 2

“The next home run in aquaculture will be shrimps raised in recirculation systems,” he said, but noted that work needs to be done for this to happen.

“With shrimp, the genetic work needs to be done and to my knowledge there

’s only a handful of people

doing genetic work. We also found that there’s not nearly enough nutrition work done on recirculating aquaculture. So that’s two big problems. You have to have an animal that is designed to grow in that system.”

Once these are addressed, he said the market for shrimps raised in recirculating systems looks good. “You can start small, sell your product and get good money for it. You can sell it live or you can sell it on ice, so you don’t need to do a lot of processing. Look into that. We have looked at operations in other markets, such as Central and South America, recirculating aquaculture has not found itself in shrimp yet but it will. There’s a huge future there.”

Blue Ridge, founded in 1993, has a 3,000-foot shrimp research facility on its premises in partnership with Virginia Tech. The company produces four million pounds of tilapia and ships between 10,000 and 20,000 pounds of live tilapia every day, according to its website.