There’s a place for local producers in the market, he says. 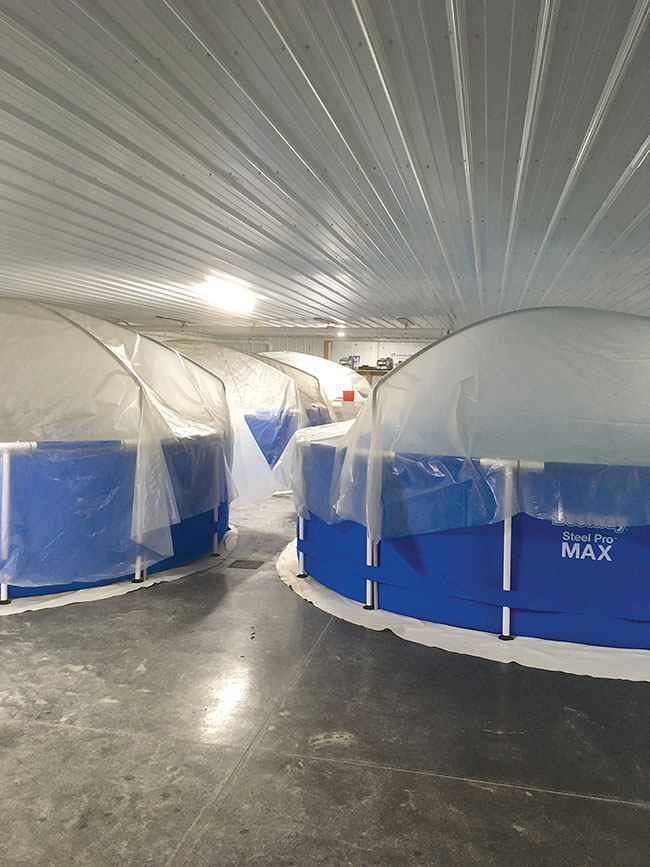 As with most seafood, the majority of shrimp consumed in the United States is from overseas. Almost 750,000 tonnes of shrimp valued at $6.5 billion was imported in 2020, according to the U.S. Census Bureau.

There are few shrimp farmers in North America because they are unable to compete with cheap imports, and farmed shrimp is dogged by complex diseases. But, this presents an opportunity for local farms willing to invest the time and effort, says Ashtyn Chen, founder of The Ocean’s Friend Aquaculture (TOFA), an aquaculture farm in Pataskala, Ohio.

A holder of a biochemical engineering degree from the University of Southern California, Chen established TOFA while he was working at a chemical plant in Baltimore, Maryland. For eight months, he travelled back and forth between the two cities until TOFA’s shrimp sales started to pick up. Eventually, he found a day job closer to home and now spends half his time serving as the director of business development for a major heating-element supplier.

“Aquaculture is the next frontier, kind of how the internet changed society,” said Chen. “Sustainably raising shrimp and fish inland will be at the forefront in the coming years. There’s a lot of need for this kind of stuff.”

Chen acknowledged there’s plenty of cheap imports in the market, but there’s a place for local producers like him, he says.

“If someone’s says: ‘I want cheaper shrimp,’ I can’t offer that,” said Chen. “But those willing to pay my price will taste the big difference. That’s all I want them to see. Local grocery stores selling imported shrimp will always be there. I’m not going to be able to displace them. But at the same time, people are starting to know there’s a big difference in the taste and texture.” 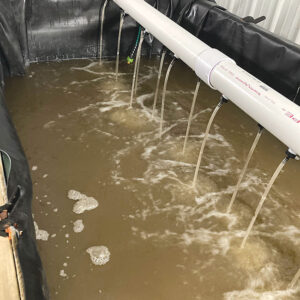 People at the farmers market were “freaked out” at seeing shrimp being sold with the head intact, says farmer, Ashtyn Chen. 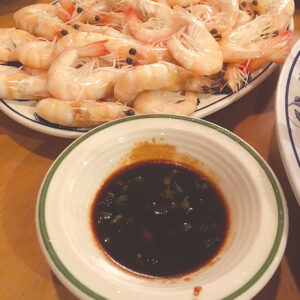 Company founder Ashtyn Chen admits he cannot compete with imported shrimp on price, but he says anyone who tries his product can taste the difference. Photos: Ocean’s Friend Aquaculture

Chen said it was a process to get to people to this level of understanding. He recalled the time when he sold his first 40 lbs of shrimp at the local farmer’s market. “It freaked people out,” he said, because they weren’t used to seeing shrimp sold with the head intact. He particularly remembers a teenager who thought that shrimp grew on bushes.

He says some people view the idea of growing shrimp on land less favorably than growing them in the ocean. But Chen asks: “Is the ocean really that clean? I was in charge of a chemical plant in Maryland that made the compound that allows paint to stick to surfaces. The effluent from that is allowed by the EPA (into the oceans). And we have seen some states that have higher standards and others, not so much.”

Aside from the farmers market, Chen sells his shrimp to through wholesalers, a retail store and restaurants owned by Chen’s family. In December 2021, he opened a new restaurant called Ashtyn’s Seafood House. He says other seafood farmers in the area benefit by selling their produce directly to the restaurant and cutting out the middleman.