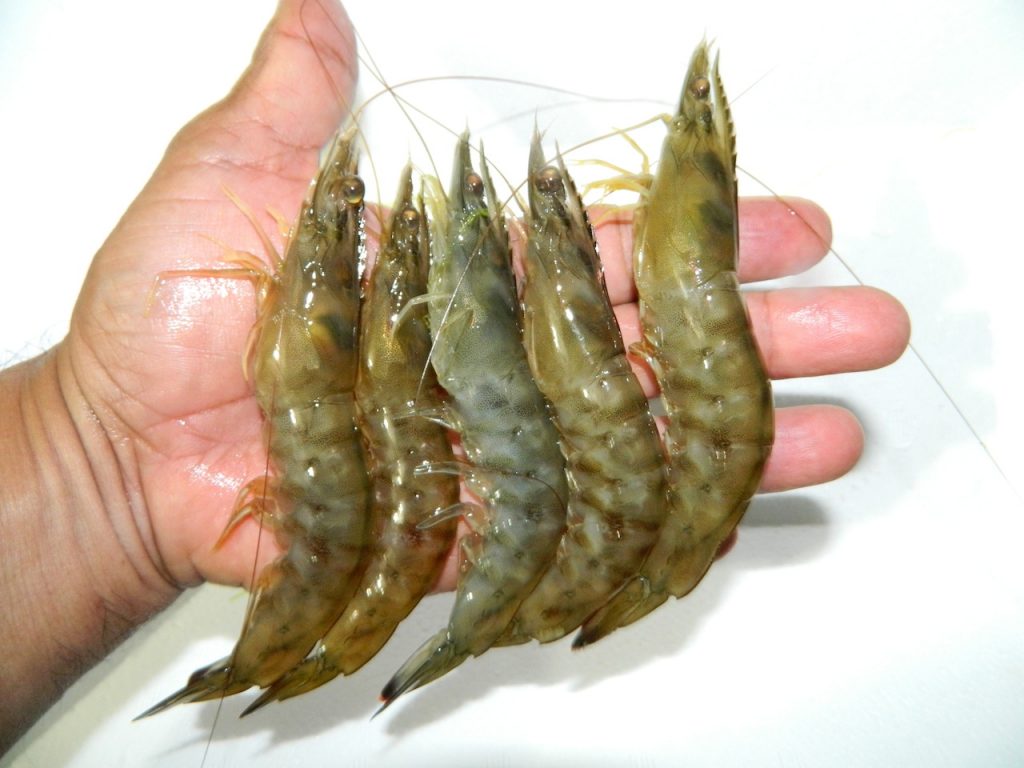 In the San Quintin area of Mexico

Company president Armando Leon, says the system has evolved over some 18 years and is designed to produce quality, tasty shrimp in a sustainable manner.

Ulva has value in the marketplace for use in such things as nori sheets, seaweed snacks, and as a flavoring agent. It’s high in fibre at some 25% dry weight and provides protein; so it’s nutritionally valuable for both humans and shrimp. Only a small amount of pelleted feed is necessary to supplement the ulva. As a floating crop, ulva prevents ammonia accumulation in the water and reduces the need for aeration. It’s also believed that the ulva help shrimp fight off disease.

“There are no signs of disease at the pilot project, which is regularly monitored, nor in wild shrimp caught nearby, which are checked annually,” says a company statement.

Leon told this publication that there are no other farms in the vicinity on the Pacific side of the Baja Peninsula. The location is a double benefit for the company: it means no white-shrimp farms that could produce disease that could damage Aonori’s production and the area generally has lower water temperatures than the inside waters east of the peninsula.

The impact of effluent is very low because the extensive ulva mat the company creates in the current one-hectare ponds acts as a bioremediation agent. The mats in the ponds absorb nutrients from shrimp waste and also suppress the growth of microalgae.

Aonori also notes that the design and the systems themselves have a modest impact on the environment, in part because the ponds are built on the dry coastal plain of Baja California – not in critical habitats.

“Terrestrial and marine footprints are acceptable because ulva can partially satisfy the nutritional needs of shrimp,” states the company. “We have identified feed mixes, both with low and zero marine content, that give good results (when used as a complement to ulva in the shrimp diet) with feed conversion ratios between 0.7 and 1.”

No antibiotics or chemicals are required, says the company – other than fertilizers to support ulva biomass accumulation.

The team adds that the company is also working on a farm culture of breeding stock, so production in future should require little to no wild-caught broodstock, except perhaps to ensure against excessive inbreeding using the domestic stock.

The company says its technology was developed in collaboration with CIBNOR, the Centro de Investigaciones Biológicas del Noroeste SC (the Northeast Centre for Biological Investigations SC).