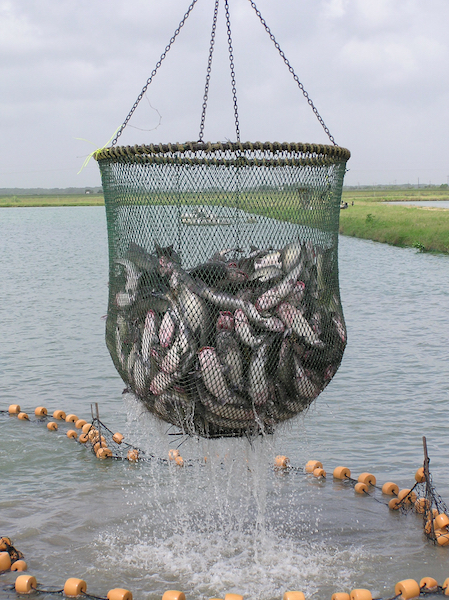 In March, the US Department of Agriculture began its catfish inspection program as required by the 2014 Farm Bill. It was met by criticism from trade groups and support by domestic catfish growers.

The final rule, which applies to both domestically raised and imported Siluriformes fish, was

developed by USDA’s Food Safety and Inspection Service (FSIS). The agency said there will be an 18-month transitional implementation period for both domestic and foreign catfish producers.

USDA inspection has long been sought by domestic catfish farmers who have difficulty competing with Asian-raised pangasius, a flaky white fish cousin to the pond-raised catfish of America’s gulf states.

“FSIS is committed to a smooth and gradual introduction to the new inspection program, which was mandated by the 2014 Farm Bill,” said Al Almanza, USDA Deputy Under Secretary for Food Safety. “The agency will conduct extensive outreach to domestic industry and international partners so that they fully understand FSIS’ requirements prior to full implementation.”

However, critics claim that the new program is nothing more than government waste and extra bureaucracy, pointing to already existing fish import regulations.

“I am extremely disappointed with the Obama administration’s decision to implement these unnecessary and harmful regulations,” said US Sen Jeanne Shaheen (D-NH). “These regulations have nothing to do with food safety and are an egregious waste of taxpayer dollars. I am committed to repealing this inspection program on behalf of the Granite State seafood businesses and the American taxpayers.”

The Catfish Farmers of America (CFA), a trade association representing America’s catfish producers, applauded the decision and says it will work with the USDA on implementing the new program while also reviewing the lengthy, detailed new rule.

“We applaud Secretary Vilsack and his USDA team for finally releasing this rule,” CFA President Bari Cain said in December after the USDA announced the ruling the month before.  “This effort has always been about food safety. After years of almost non-existent FDA inspection of imports, placing the health of consumers at risk, we are on the road to raising consumer confidence in the catfish products sold in our stores and our restaurants. We also want to express our gratitude to Sen. Thad Cochran and all of the Members of Congress who helped make this rule a reality.”

During the debate before Congress last year senators were at odds over the measure.

Sen. John McCain, (R-Arizona), introduced an amendment to the trade measure that would eliminate the USDA catfish inspection program, arguing it duplicates seafood inspection programs already conducted by the FDA and complicates trade efforts with Asian countries, according to network news reports at the time.

Under terms of the new ruling countries currently exporting product to the United States that wish to continue doing so must provide a list of establishments that currently export, as well as written documentation of their regulatory authority and compliance with existing FDA import requirements.

“During the transitional period,” notes the agency, “FSIS will conduct inspection during all hours of operation at domestic establishments that slaughter and process Siluriformes fish, similar to inspection provided at meat and poultry slaughter and processing facilities, while also providing the establishments with close guidance to ensure that they understand FSIS’ requirements. During this time, inspection program personnel will also be assigned to visit domestic Siluriformes fish processing establishments, at least once per quarter.”