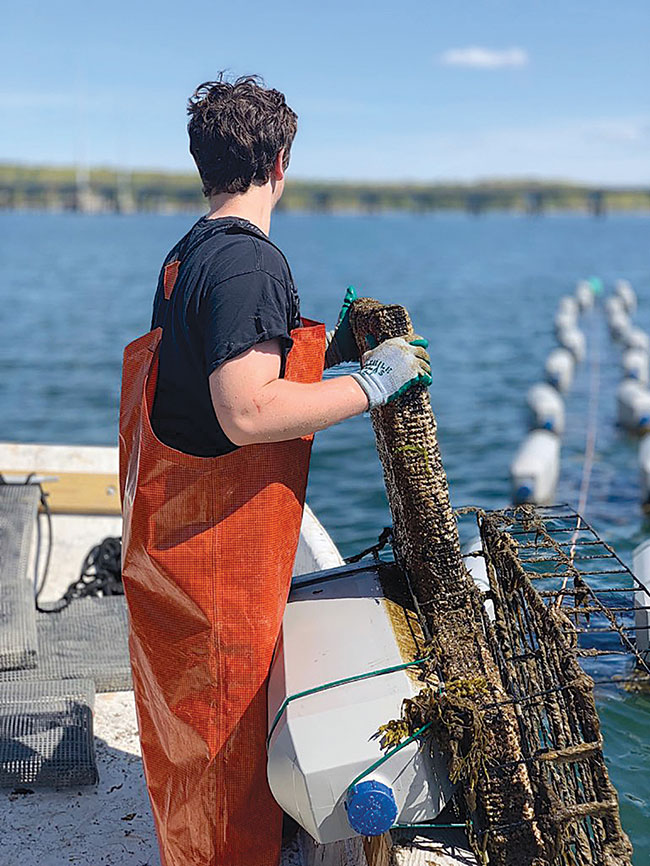 The BBI Group, which manufactures OysterGro oyster cages seen in this photo, is working with Sea Grant and a local university in training aspiring oyster farmers in Texas Photo: BBI Group

When the idea of oyster farming in Texas first come up five years ago, it was met with cheers and enthusiasm, but today the celebratory balloon is deflating as only two oyster farming permits have so far been issued and one of the two is even a conditional one.

The happy recipient of the full permit is Brad Lomax, owner of Texas Oyster Company in Copano Bay, Corpus Christi and Water Streets Restaurants. The US Army Corps of Engineers issued the permit on May 15.

Hannah and Joe Kaplan, owners of Texas Sustainable Oyster Company in Galveston, are the holders of the conditional permit.

Several groups have applied for permits to grow oysters commercially on the Texas coast since the state opened the application process online in August. But the fact that only two have so far been awarded permits speaks to the lengthy and challenging application process. There are five state agencies that regulate oyster farming: Texas Parks and Wildlife, Texas Department of Health, Texas Department of Agriculture, Texas Commission for Environmental Quality and Texas General Land Office.

“I’ve sold raw oysters in my Corpus Christi Water Street Oyster Bar for more than 35 years and have experienced the ups and downs (generally downs) of product supply and the severe fluctuations in price of this extremely popular menu item,” Lomax said. “In 2017, a researcher at Texas A&M Corpus Christi turned me on to a video entitled ‘Gospel of the Alabama Oyster.’

This began his four-year quest to first get oyster aquaculture legalized in Texas, even helping to write the rules and regulations governing this nascent industry. When the application process opened up, he secured a farming permit.

Diploid oysters occur in the wild and reproduce normally in Gulf waters during the warmer months. This spawning activity depletes their fat storage and makes the meat less desirable in the summertime. Triploids are produced using a patented process that combines one diploid parent’s eggs with another specially bred parent’s sperm and produces a sterile (like a mule) offspring. The resulting triploid spat grows faster and, as adults, are fat, tasty and visually appealing even in the summer, thus making year-round harvesting possible and practical.

Hannah and Joe Kaplan, owners of Texas Sustainable Oyster Company in Galveston, received a conditional permit in May. Hannah agrees the process is tedious. 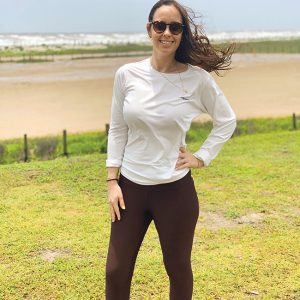 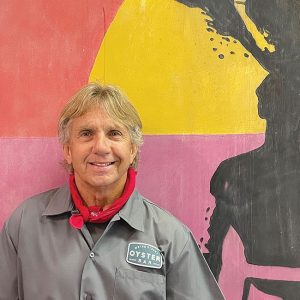 “It is a very lengthy process due to the number of permits and various offices I have to go through,” she said. “First, you apply for the conditional permit with Texas Park Wildlife and have a public hearing.”

Once they received the conditional permit, recipients have to apply for additional permits through the Army Corp of Engineers, Texas General Land office, and the Texas Commission on Environmental Quality and the Coast Guard.

Hannah became interested in farming oysters when she read about the program being legalized. There is a significant market need for half-shell oysters as wild oysters have declined due to overfishing, hurricanes, and a variety of other reasons. Oysters also filter ocean water, which helps keep the oceans clean.

Dr Joe Fox, Marine Resource Chair at the Harte Research Institute for Gulf of Mexico Studies at Texas A&M University-Corpus Christi, served as educational and informational resource for the local community. He said there are three challenges to licensing: permitting, permitting and permitting.

“The Texas governor wanted to see commercial oyster cages in the water by September 1, 2020, yet here we are in May of 2021 with no commercial farming occurring,” he said. “When you don’t have a developed industry, it’s hard converting from a largely regulatory-mediated activity to free enterprise.”

“Soon Texas farmers will begin buying seed oysters to put in the Texas waters,” he said. “Texans are not limited to a maximum lease size but they are required to seed each acre with 100,000 oyster seed annually.”

Unlike other states, there are no state-funded hatchery operations in Texas. To change that, regulations were amended recently to allow out-of-state spawning of Texas broodstock to provide seed oysters for aspiring farmers.

Oyster farming gear is designed to be lowered to the bottom for protection during a hurricane, but these storms are always unpredictable and don’t give farmers a lot of time to prepare.

“In spite of the challenges I am very optimistic about the future of Texas oyster farming,” Pruente said. “Although we are the last coastal state getting into oyster farming, Texas has a lot of strengths.”

Back in Corpus Christi, Lomax expected to plant the first batch of oyster seed in his lease in mid-June. “We’re saving our celebration for the first actual sale of oysters. When we can book income instead of outflow, then champagne and oysters, of course,” he said.