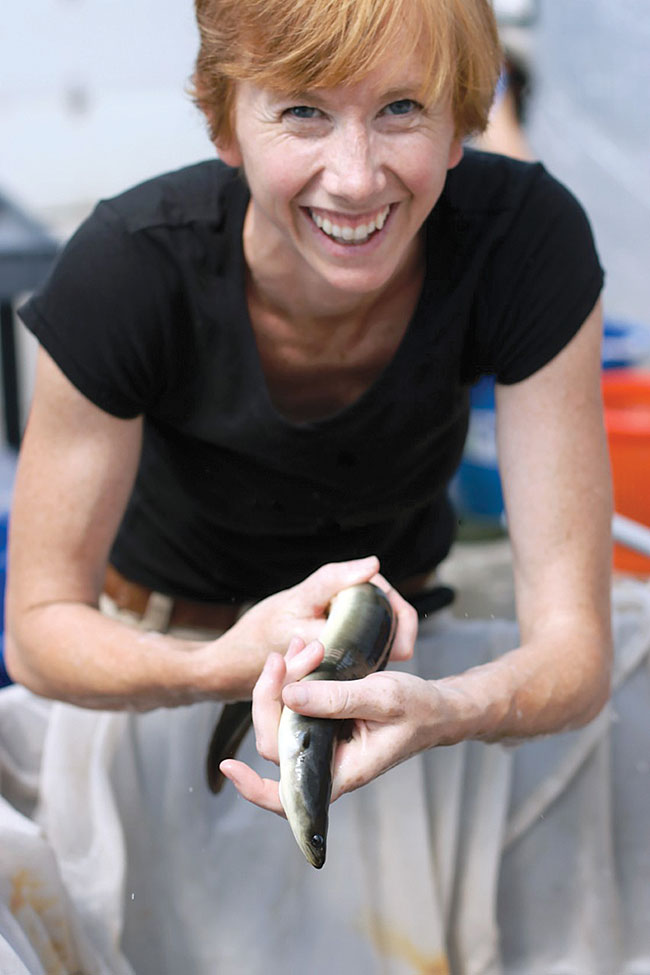 Most juvenile eels caught in the U.S. and around the world go to farms in Asia where they are raised to market size. The frozen product then comes back to the U.S. American Unagi hopes to change that.

Sara Rademaker, founder and president of American Unagi, says eel demand in the U.S. has grown in parallel with the popularity of sushi.

She calls eel the “gateway drug of sushi” because the fish is one of the very few sushi options that are cooked (it is poisonous when eaten raw), making it a fitting introduction to Japanese cuisine.

American Unagi is the first of its kind in the U.S. to grow Maine eels to market size. Founded in 2014, the company had an impressive start. In 2017, it won the Fish 2.0 competition, which links sustainable aquaculture companies with potential investors. It also won Gorham Savings Bank’s Emerging Idea Award that same year. Institutions including the Maine Technology Institute, Maine Sea Grant, Maine Aquaculture Innovation Center and the US Department of Agriculture have also supported the startup.

Growing local demand for eel provided the impetus for the company’s expansion. It started construction of a $7-million, 27,000-square-foot facility in Waldoboro, Maine in the summer of 2019. The expanded facility will boost the current 10-tonne production to a whopping 240 tonnes. The staff will grow from 5 to 14.

U.S. born and bred eel
Rademaker aims to replace frozen Asian imports in the well-established US market with her fresh and completely traceable eel. “Consumers are paying a lot of attention to traceability and where food comes from and most of the eel that’s imported is not traceable,” she explains. 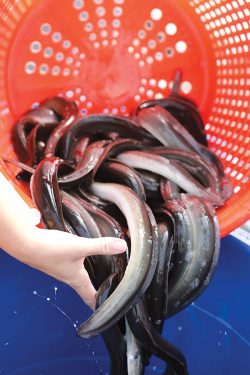 ‘I won’t be the only eel operation in the state forever but it’s ultimately a good thing to have more local production, more consumption of fresh, farmed eel, and more Maine jobs.’
— Sara Rademaker, Founder and President, American Unagi

Aquaculture operations rely on wild-caught juveniles because there are no eel hatcheries. While Japanese researchers have accomplished the farming of eels from eggs to maturity in 2010 the technology is not yet commercially viable.

“This makes it pretty much impossible to achieve larval survival in commercial-scale operations. Most juveniles caught around the world go to farms in Asia and the frozen product comes back to the US. Consumers can’t be sure if the juveniles were caught in a regulated or unregulated fishery,” she says.

In Maine, the glass eel fishery is second only to the lobster fishery in value. The state’s annual eel quota is just below 10,000 pounds, with each pound containing about 2,500 juveniles. This means Maine’s fishery quota is more than enough to meet American Unagi’s needs (6 percent of the quota) to meet its production target of 240 tonnes annually. However, it is not enough to meet all of US demand.

This has led to eel poaching along local coasts, the North Carolina publication Outer Banks Voice reported in 2018. Poachers were emboldened by relaxed enforcement due to the budget cuts that left the North Carolina Division of Marine Fisheries understaffed. The dramatic rise in price—from under $100 a pound to as much as $2,000 today—due to the eel export ban imposed in the European Union in 2010 has also attracted poachers.

Rademaker notes that while poaching has been a big concern since 2010, Maine (which has the highest quota) has implemented stricter management, more regulations and better enforcement. 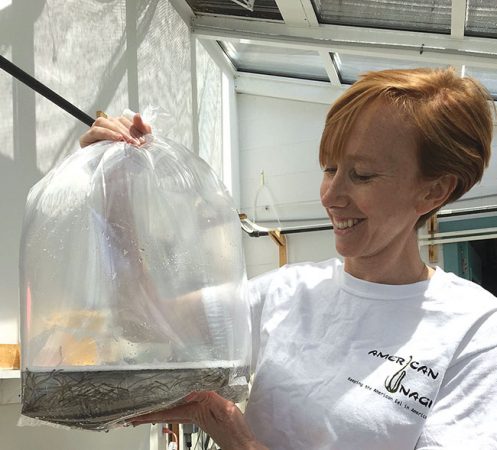 Elvers, or young eels, sourced from the wild. Japanese researchers accomplished the farming of eels from eggs to maturity in 2010 but the technology is not yet commercially viable

Technology advances
Rademaker notes that cultivation of eel in recirculating aquaculture systems (RAS) started in Europe in the 1980s, where there remains a thriving land-based eel aquaculture.

“It is a new industry in the US, so that’s somewhat of a challenge,” she says of eel aquaculture. American Unagi uses a RAS system from a Dutch firm called ACE (Aquaculture Consultant Engineering). She says the expertise of ACE is well established and has a reputation for innovation and efficiency.

Scientific discoveries could also advance eel farming. In Nova Scotia, Canada, a company called Novaeel has succeeded in turning glass eels into females by using a form of estrogen known as estradiol. Most eels raised in aquaculture are male, which does not yield enough product to be worthwhile. The innovation could make eel aquaculture a commercially viable operation by turning male eels into faster-growing and heavier females and have them stay female in crowded conditions, without risk to human health, Novaeel said.

Rademaker noted that for the size of eel that she harvests, male and female eels grow at the same rate. But she believes that the Nova Scotian innovation would be a tool the aquaculture industry could certainly use if Novaeel can get its method and use of estradiol approved.

American Unagi sells fresh eel weighing 150 to 250 grams to restaurants across the US. When production increases this year, it will be able to serve more US restaurants and offer value-added products as well, including smoked eel.

In terms of consumer attitudes, she believes people are definitely realizing that farmed fish has to be part of the seafood supply. In her view, consumers like the certainty of product origin. She observed that their understanding of aquaculture is growing.

“I can tell you that at least in Maine, there has been a lot of support for aquaculture,” Rademaker says. “I won’t be the only eel operation in the state forever but it’s ultimately a good thing to have more local production, more consumption of fresh, farmed eel, and more Maine jobs.”

Rademaker came to Maine 10 years ago after getting an aquaculture degree at Auburn University in Alabama. She began growing eels five years ago. “I’ve been fortunate with finding a career in aquaculture and starting my own business. I was just a kid who liked fish and I’ve had an amazing journey with great things ahead. I’m excited about the future.”