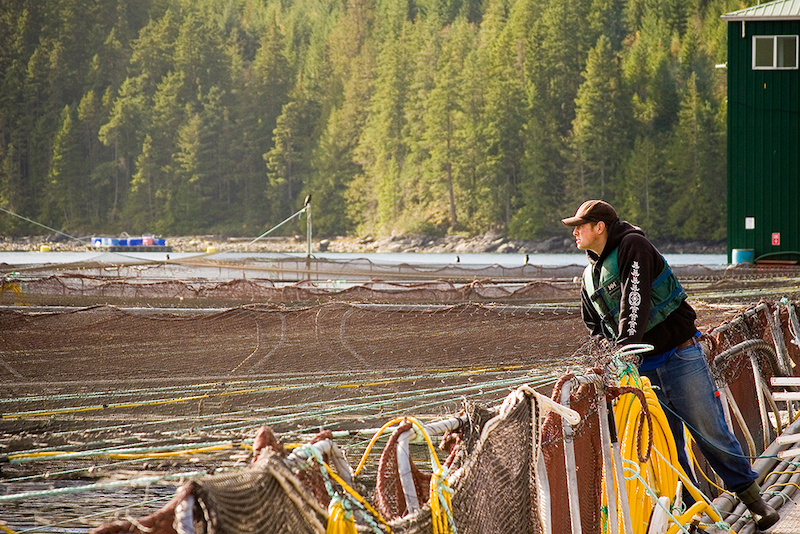 The Liberal government's plan to transition from net pen salmon farms to closed containment systems will affect 7,000 families in B.C, according to the BC Salmon Farmers Association (Photo: BCSFA)

In a statement following the federal election results declaring a Liberal minority government, the BC Salmon Farmers Association (BCSFA) said the commitment made by the Liberal party has caused “undue stress and pressure for nearly 7,000 families who depend on salmon farming for their livelihoods.”

“The Liberal Party’s campaign promise altered what had been a productive conversation about how our industry can evolve into the future,” said the association’s executive director John Paul Fraser. “Now that the election is over, it is time to move forward in a productive manner guided by facts and science.”

During his campaign, Trudeau introduced the Liberal Party’s plans for “Canada’s first-ever Aquaculture Act.” The document outlined, among other things, the Liberal party’s aquaculture agenda to replace British Columbia’s open net pens with closed containment systems in the next six years. It’s a strategy which was quickly labelled as “reckless” by an alliance of aquaculture organizations across Canada.

Fraser pointed out that salmon farmers in B.C. share the same priorities as the incoming Liberal government: climate-responsible food production, embracing the principles surrounding the United Nations Declaration on the Rights of Indigenous Peoples, working in concert with coastal Indigenous Nations, protecting wild salmon, and offering opportunity in remote communities.

In his statement, Fraser called on the government to collaborate with the industry to help address the challenges of climate change and the restoration of wild salmon population while faming the most carbon-friendly animal protein.

“Mandating an uninformed, large-scale change upon a sustainable, responsible industry will not work – instead, we must work together. This will be our focus with the new government and British Columbians,” Fraser said.

Farm-raised salmon is B.C.’s highest valued seafood product, the province’s top agricultural export, and generates over $1.5-billion towards the B.C. economy, resulting in about 7,000 jobs. The BCSFA represents over 60 businesses and organizations throughout the value chain of finfish aquaculture in B.C.