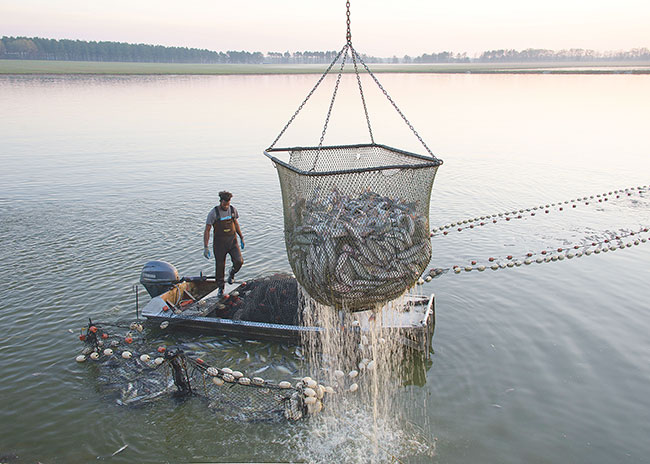 Algicides are much more effective in eliminating predominant algae species that cause pre-harvest off-flavors in pond-raised catfish, an expert said.

Certain types of algae and bacteria in catfish production ponds could cause flavor problems in catfish. It is a perennial problem for farmers and managing it adds 10-20 percent to their production costs.

Dr Jimmy Avery, Extension Aquaculture Professor at the Mississippi State University, said small doses of algicide over several applications usually kill the target algae. “Once it has been verified microscopically that the algae are no longer in the pond, the fish will purge the compounds,” he said.

Another method—although less effective—requires changing the pond environment through nutrient management, biocontrol, or water circulation. Reducing the levels of the offending algae, however, takes time and yields inconsistent results.

The off-flavors are caused by common natural phenomena that cannot be prevented and can only be addressed when fish test positive, Avery said.

“Fish are tested for flavor characteristics when they are scheduled for sale to the processor. Fish are re-checked typically one week before harvest and again at the day of delivery to the processor. If at any point they are determined to be off-flavor, they are removed from the processing schedule or returned to the pond.

“Once these compounds are in the fish, they can only be purged by the fish’s own metabolism. Purging of algae-related compounds occur rapidly in warm water but are slowly purged in cold water. First, the producer should determine if the causative organism—primarily two species of algae—is still present in the pond. If it is, the algae must be removed before effective purging can begin,” he said.

The highest prevalence of off-flavors is observed during the summer. It is usually algae-related around this time and can last for “days to weeks.” Off-flavor problems are less frequent in the winter but can last for “weeks to months.”

Members of the Catfish Farmers of America (CFA) have been using federally approved algicides since 2008.