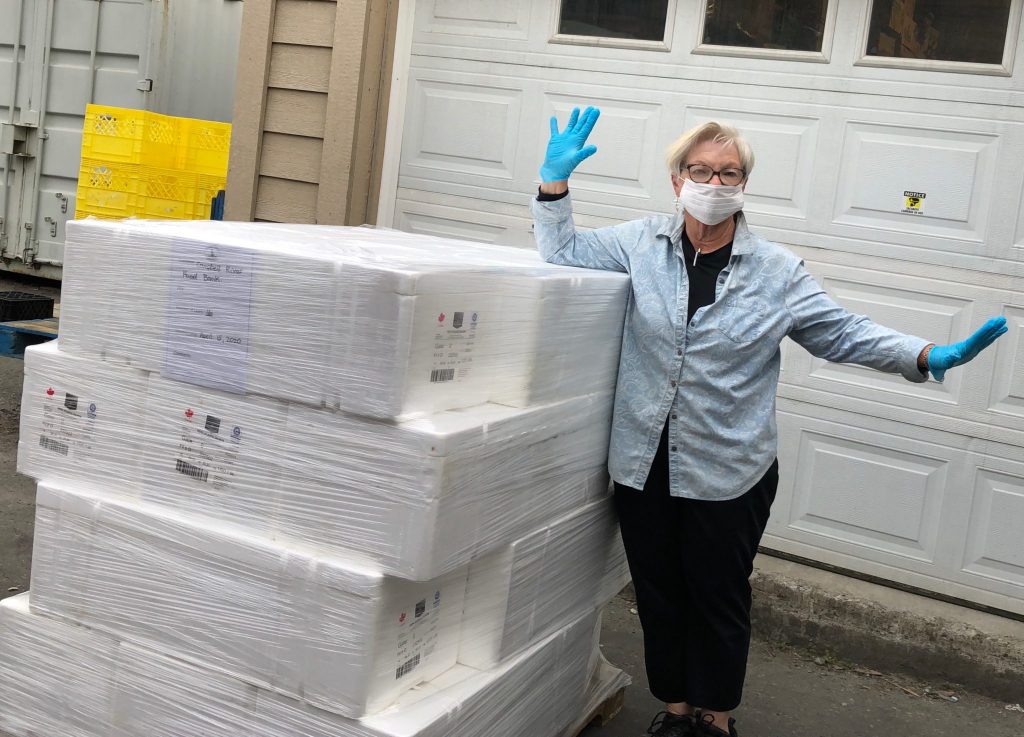 The B.C. Salmon Farmers Association is working with Food Banks B.C. to distribute roughly 60,000 pounds of salmon to feed families struggling during the COVID-19 crisis.

Companies including Cermaq Canada, Grieg Seafood BC, Mowi Canada West, Creative Salmon and Golden Eagle Aquaculture are donating around 86,000 cans and 16,000 pounds of fresh salmon to be distributed to food banks across the province where it’s needed most.

“This is a time for all industries to step up and support those most effected by COVID-19, and that’s exactly what BC’s salmon farmers are doing,” says John Paul Fraser, executive director of the B.C. Salmon Farmers Association. “Working with Food Banks Canada and Food Banks BC, we’re delighted to partner with B.C.-based businesses to can, process and transport BC farm-raised salmon, providing families with healthy protein produced here in the province.”

As food banks shift its distribution towards pre-packaged, shelf-stable foods that require less handling of products, salmon companies are collaborating with local manufacturers to package and can its donations. 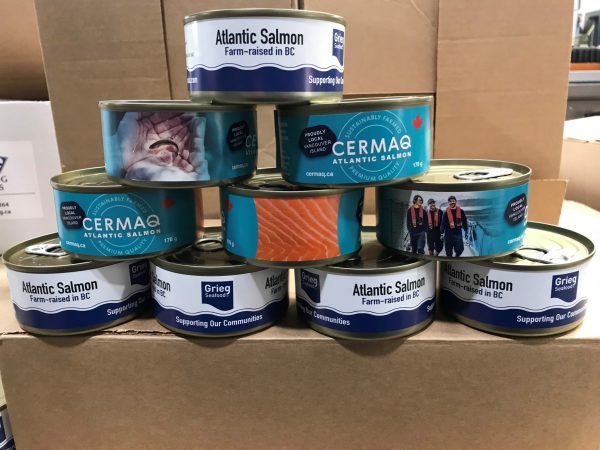 Cermaq Canada and Grieg Seafood has partnered with St. Jean’s Cannery & Smokehouse (owned by Nuu-chah-nulth Seafood) in Nanaimo to can their fish donations.

Mowi has been distributing one-pound portions of Atlantic salmon to food banks in Campbell River and Port Hardy, donating 1,000 pounds a week. They have partnered with a Port Hardy company, Hardy Buoys Smoked Fish, to produce around 16,000 pounds of portions in the coming months for weekly delivery.

Creative Salmon is working with with Coastwise Processors, planning a canned salmon donation to help support food distribution efforts in the Tofino and Ucluelet area, in Vancouver Island.

Golden Eagle Aquaculture, which operates a land-based salmon farm near Agassiz, is also supplying four cases of its coho salmon to food banks on Vancouver Island.

Aquatrans Distributors Inc. is also donating most of its transportation costs of the salmon to St. Jean’s for canning and to five B.C. food bank hubs for distribution.

“I have been with Food Banks B.C. for almost a decade and I have never received a donation like this before,” says Laura Lansink, executive director of Food Banks B.C. “Protein donations truly are hard to come by, so we are so grateful to B.C. salmon farmers for stepping up, particularly at this time of COVID-19 when food, and especially protein, is in such short supply.”

Lansink says Food Banks B.C. help about 100,000 individuals each month, and say they expect an increase in demand to last beyond the pandemic as the economy slowly bounces back.

“It’s not just the salmon we’re thankful for – it’s that you noticed, and you cared,” she said.