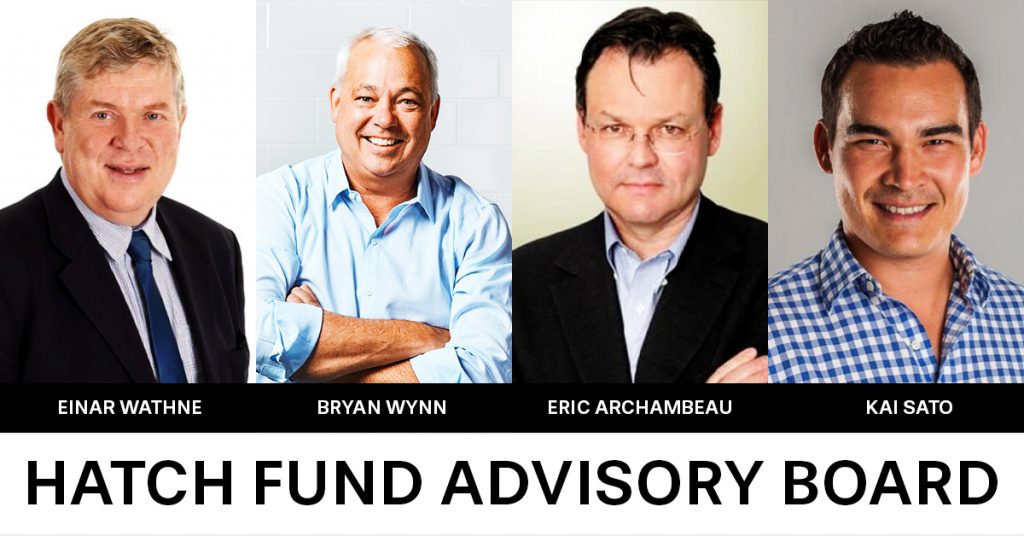 New members of the HATCH fund advisory board. (Credit: HATCH)

A program designed to support entrepreneurship and help aquaculture startups grow has announced its new advisory board.

“We are combining some big names in aquaculture and venture capital in our board of advisors, all of them successful entrepreneurs and investors themselves,” Carsten Krome, HATCH managing partner, said in a statement Aug. 22. “Our fund advisory board has been instrumental in helping us raise the fund so far, and most of our advisors are also invested themselves.”

L.A.-based Wynn brings his expertise in Rubicon Resources’ vertically-integrated shrimp farming business in the United States. He is joined by former EWOS CEO Wathne, who was instrumental in the company’s sale to Cargill in 2015. He became president of Cargill Aqua Nutrition until January 2019 and is now COB of the Seafood Innovation Cluster in Norway.

Eric Archembeau is a former Silicon Valley entrepreneur who was a founding partner of Astanor Ventures, which has backed several European startups in the sustainable agri-food sector. He is also global chairman of the Jamie Oliver Food Foundation.

Kai Soto is the founder of Kaizem Reserve, which serves as investment advisor to family offices and corporations. He is also the founding partner of Vintage Capital Investments, which focuses on technology and media investments in sports.

The company said it is about halfway from raising its €8 million (about US$8.9 million) funding goal but hopes the new board will continue and accelerate its growth. The fund, slated to close in November 2019, is dedicated to “high-potential” aquaculture startups with sustainability initiatives.

“This is the first seed fund that has ever been raised for aquaculture startups,” said Carsten Krome, managing partner and co-founder of HATCH. “Aquaculture is ready to become a mainstream venture capital target.”