The controversial salmon escape incident at a salmon farm in Washington State in August cast a dark shadow over the salmon industry, but developments in the State of Maine are buoying US industry outlook. 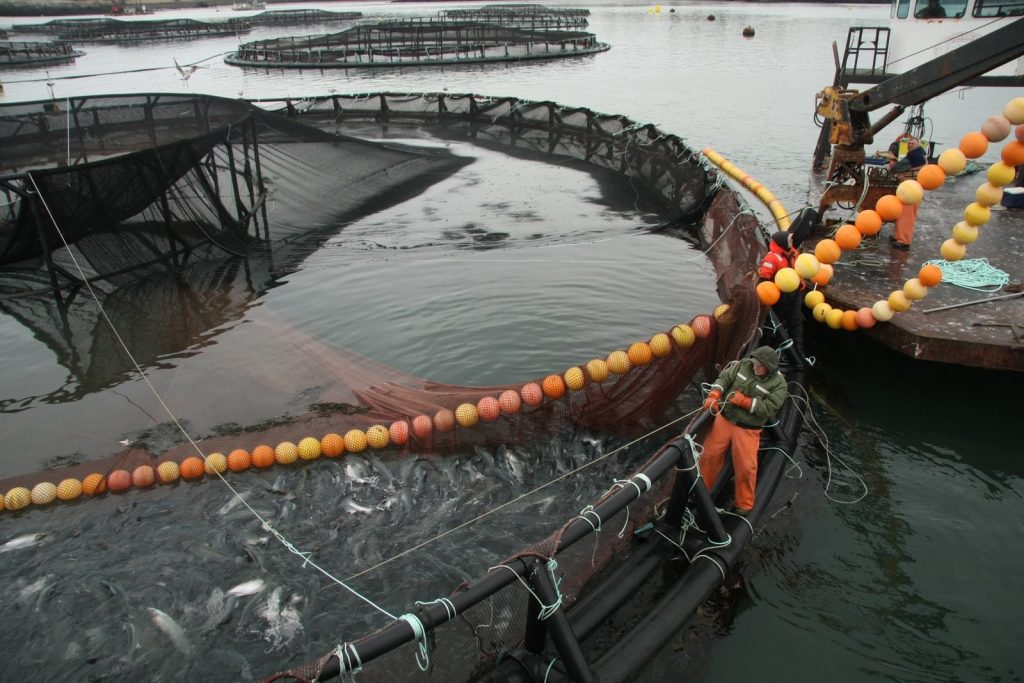 Salmon ready for harvest at Cooke Aquaculture’s farm in Maine

But salmon farming has recently been growing slightly in Maine, Rust said. “It’s not a tremendous growth but it is growing.”

“We have 25 ocean sites and we are getting new ones over the next couple years,” Belle told ANA.

He acknowledged that growth is limited because Maine waters have been getting warmer over the last decade due to climate change. “Our limitations are biological,” says Belle, who is also a member of the National Aquaculture Association.

“Obviously the market is incredibly strong,” Belle said. “We have a Maine farmed brand that has been doing well. We expect to expand slowly and modestly but any expansion helps the states coastal communities with year-long jobs.”