Features
Cages in the Commons

Arguments against aquaculture are based fundamentally on some people’s belief that the shores and adjacent waters abutting their property are “theirs.” 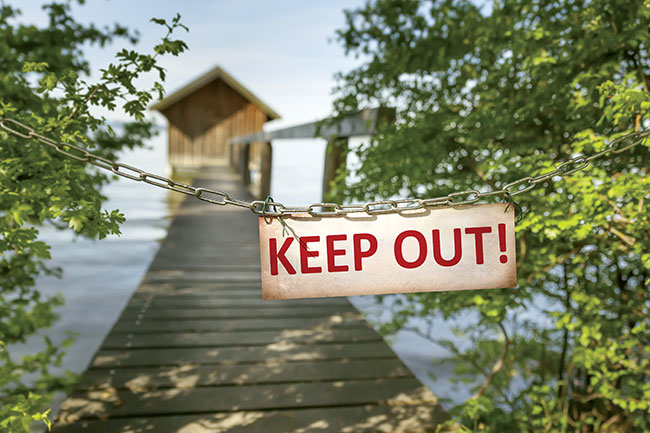 The absence of individual ownership doesn’t stop the people living on those shores from considering the waters to be “theirs” even though they belong to the entire nation, says columnist Photo:© magann/ Adobe Stock

Rearing fish in cages suspended in near-shore ocean water, ponds, reservoirs or lakes is a well-established and effective aquaculture system.  Feed efficiency is as good as, or even better than that obtained in ponds or other open systems.  Growth and physical condition of the fish are relatively easy to monitor in most cage systems.  Despite the benefits of aquaculture, anti-farming advocates often single out “cage culture.”  The advantages of production in cage systems seem obvious to its supporters; so why is there seemingly endless controversy surrounding the issuance of permits for siting and operating fish farms based on cage systems in open waters?

Many of the arguments that opponents have against cage culture are not backed by science, but nevertheless the battle goes on.  For me, the fact that fish farmers do not own the water in which they are rearing their fish – because the net pens are located in “the commons” where the waters belong to everyone – is the fundamental issue, yet it is rarely mentioned in the debate.

Cage production systems are typically located in near-shore ocean waters.  Such waters do not belong to any individuals or corporations, but are under the jurisdiction of the nation claiming the shoreline next to the water. The absence of individual ownership does not, however, stop the people living on those shores from considering the waters to be “theirs” even though they belong to the entire nation.

Many production units are visible from shore or elevated observation points on land.  The cage systems that I have observed in such locations certainly were not eyesores; however, opponents of aquaculture often claim that “spoiling the natural view” is a primary reason they oppose permits for new aquaculture cage units.

Given the fact that “beauty is in the eye of the beholder,” there probably is nothing that can be done to change the minds of these opponents.  New systems that are totally submerged can negate their visual-impact argument, but opponents could simply switch to a different argument, such as the supposed introduction of a host of disease agents: parasites, bacteria, fungi and viruses.  This argument is simply not true because the agents causing disease are already there, present in the wild environment.  The disease agents simply take advantage of the potential hosts who cannot escape them. The fish held in rearing units in all aquaculture systems can only be as crowded as the fish will tolerate in order for the system to be efficient.  A dense population of fish is an ideal environment for disease agents, however, this is a fish health problem and can be managed through carefully designed and operated rearing systems.

Blaming cages and net pens for water pollution are warranted in some instances, but typically those situations are a site-location problem and not a cage-operations problem. An example would be when an operation is sited in shallow water with little movement.

The escape of non-native fish into local waters can certainly happen, but robustly engineered cage systems could prevent this.  Restricting cage culture operations to native species – such as Washington State’s decision to ban the farming of non-native species in 2018 – is seen as preventing such situations. But it can also be argued that the escape of “desirable” species into a new environment may not be a serious problem as most fishes reared cage systems are not considered to be pests.

The attractiveness of the penned fish to avian and mammalian predators is another argument that anti-farming activists put forward against cage culture. This I acknowledge to be true. Years ago when I was a young professor in South Dakota, we set up an experimental cage culture system in pits owned by the university. The pits had been dug to construct a new freeway and were easily accessible.  We chose to produce black bullheads, a species popular with the local community. The fish adapted readily to the design we had developed and consumers preferred the cultured fish to its wild counterpart.  But it wasn’t only the people who found them to be tasty – mink quickly had their sights on the new “free lunch,” forcing us to change the design of the cages.  The only pushback we experienced came from the community for our inability to produce more fish to meet their demand. A similar system in central Iowa in which we grew walleye attracted avian predators, but there were neither mammalian piscivores nor objections from neighbors.

The most serious problem for cage culture operations appears to be the fact they seldom are located in private ponds or reservoirs.  Opponents to all forms of aquaculture seize on an array of imagined problems, and a few real issues to oppose permitting fish culture in the commons, the publicly owned waters.  “Cages in the commons” will always draw opposition.