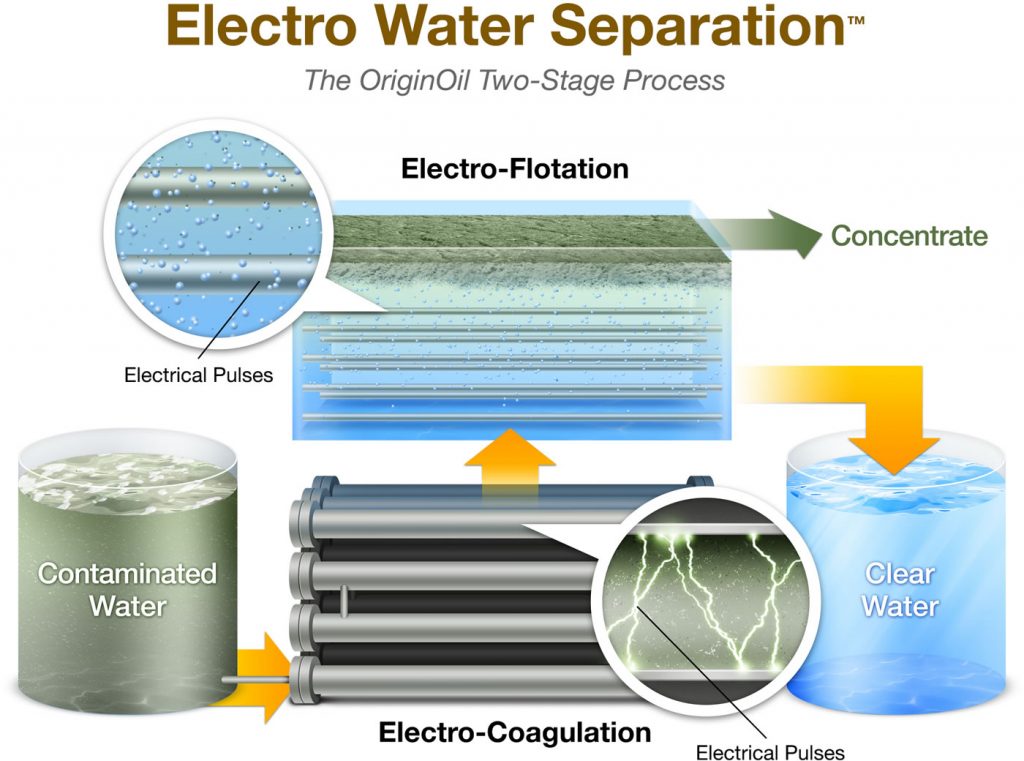 OriginOil Inc, the California-based developer of the Aqua Q60 Electro Water Separation™ (EWS) system for cleaning up large quantities of water, held the official opening of its permanent technology showcase demonstration and model fish farm in Thermal, California, on December 18.

OriginOil demonstrated its field-scale systems to remove ammonia and disinfect fish ponds in a single (but sustainable) step, and how to harvest algae efficiently for healthy and economical fish feed.

Ulrich was previously a principal scientist at the US Department of Energy’s Idaho National Laboratory and is now an OriginOil advisor.

State Assembly member Perez commented, “I thought I had seen it all, but quite frankly, [this showed] I have not.”

Earlier Perez had expressed the hope that with systems such as OriginOil’s, “The Coachella Valley can lead the world in clean, nutritious and sustainable fish farming.”

News of the Aqua 60 system has travelled fast and a company in Japan apparently wanted to purchase the first unit.