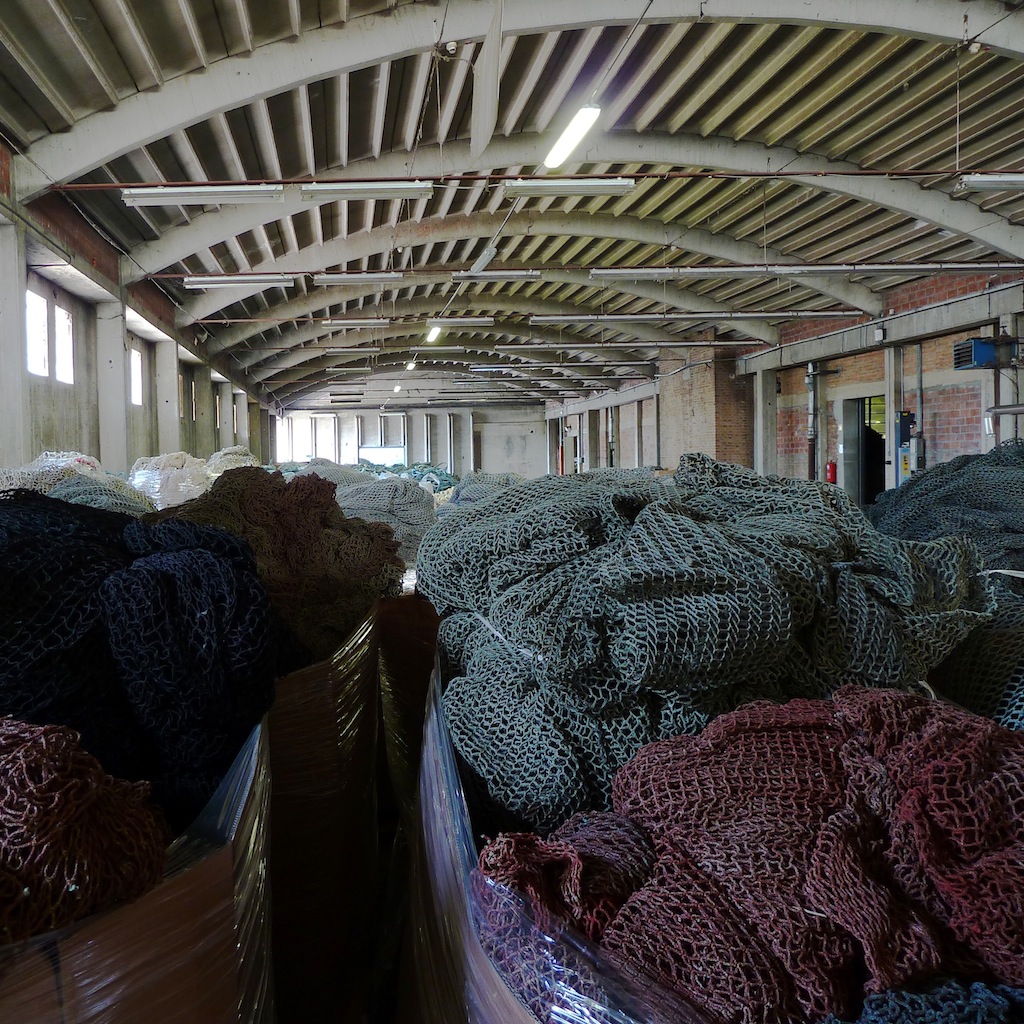 The recycling of used fish farm nets into yarn to make everything from carpets to underwear is about to be spread around the world, building on the success of a European-based trials programme.

Sea farms in British Columbia, Canada are the latest to be contacted in preparation for the next stage of a global net recycling project which is part of the Healthy Seas Initiative. Originally established to encourage the recovery and recycling of abandoned fishing nets, the Initiative has now expanded into the collection and reuse of worn-out fish farm nets. The project is also growing geographically.

“We’ve concentrated on the European Regions so far but will, for sure, involve fish farms around the world in this work,” a spokesperson for Healthy Seas told Aquaculture North America. “We have already made many fish farm contacts, for example, especially in British Columbia and Chile.”

More than 20 tonnes of nets were successfully collected and recycled during the European trial in 2013, producing yarn for a wide range of textile products, including carpets, swimwear, underwear, high-tech clothing and sportswear. While the bulk of these were abandoned nets, gathered from fishing sources, the inclusion of worn-out fish farm nets is seen as a key development aim.

Leading the way for the aquaculture part of the Initiative, is a net collection agreement reached with the Fonda fish breeding and farming company, covering the recycling of nets from their sea bass and sea bream production sites in Slovenia and Croatia.

“One of our key objectives is to work increasingly with the fish farming industry, both to prevent littering and to promote best practice in the sector,” said the spokesperson. “The Italian textile company Aquafil, a founding partner of the initiative, has already established good relationships with many fish farms and is already sourcing used nets through a supply chain, created in cooperation with a number of fish farms and fishing net service companies. Aquafil is also talking with all current fishing net suppliers, stressing the need to go beyond their commitment to handle their nets in a responsible manner at the end of their life.”

According to the Food and Agriculture Organization of the UN (FAO) and the United Nations Environment Programme (UNEP), there are approximately 640,000 tonnes of abandoned fishing nets in the world’s oceans, accounting for 10% of all marine litter.