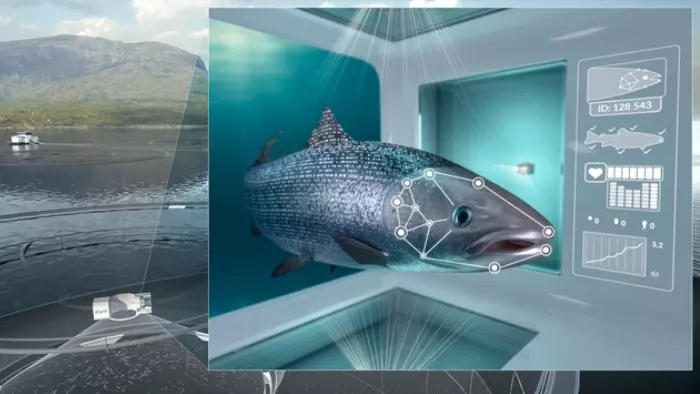 Oslo, Norway-based salmon producer Cermaq is set to launch its revolutionary iFarm project in January, with first transfer of fish to the sea planned for autumn 2020 in Steigen, Norway, where the first iFarm facility will be installed.

iFarm is a unique technology for individual-based farming based on image recognition and artificial intelligence. Four development licenses have been approved for the project, which means commercial testing is still not on the horizon, a statement from Cermaq said.

“The goal of the project is to develop prototypes with the central functions of iFarm to clarify whether it is technologically possible to operate individual salmon farming in net pens in the sea,” explained Karl Frederik Ottem, fish health manager at Cermaq who will lead the iFarm project. “An important part of the iFarm project is to document how the fish’s behaviour and welfare will interact with the new technological solutions and functionalities.”

The concept for the iFarm project was unveiled by the company as early as 2016, applying for 10 development licences with the Norwegian fisheries ministry. With the granting of only four licences, the company had to scale back the project to exclude commercial testing.

Nevertheless, Cermaq welcomed the progress with Ottem calling it “the best Christmas present we could get.”

iFarm’s individualized farming model allows the identification of individual salmon in the net pen, creating a unique profile for each fish for individual diagnosis and measurements. It then allows the fish to be sorted according to various parameters, i.e. presence of sea lice, sorting by weight and for disease management. At the same time, the need to handle the fish is significantly reduced, thus improving fish health and welfare, Cermaq said.

“Cermaq’s strategy is to strengthen fish farming in coastal areas in order to utilize the natural advantages for production of sustainable food in the ocean. The future of Norwegian farming depends on the success of achieving the combination of sustainable and cost-effective production,” the company said in the statement.

BioSort, the company which develops the sensor-based solutions in iFarm, has already conducted several tests at the Institute of Marine Research in Matre, Norway.

“The key in iFarm is that we monitor each salmon using machine vision, establishing a health record for each individual, and can sort aside the fish that needs follow up. This will be useful not only for farmers, but also for authorities and consumers. We are looking forward to getting started, and several new positions will now be filled,” said Geir Stang Hauge, CEO of BioSort.

Cermaq is investing NOK 580 million (US$64.3 million) in iFarm. The project development is estimated to last up to six years, and is expected to boost economic activity in the region.

“iFarm is being developed locally, we will develop the actual construction in the net pen and machine learning here. This is a great build-up for Cermaq in Nordland and for the entire aquaculture industry,” said Cermaq’s regional director Snorre Jonassen.

Cermaq is one of the world’s largest producers of salmon and trout, with operations in Norway, Chile and Canada. Cermaq is a fully owned subsidiary of Mitsubishi Corporation with head office in Oslo, Norway.