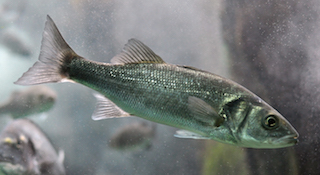 Great American Aquaculture president Eric Pedersen has leased 54,000 sq ft of industrial manufacturing space.   He expects to begin a $5-million to $10-million refit and installation before the fall.

Pentair will provide design, technical and operational support, as well as the RAS equipment.  “Pentair has really helped bring this project to completion,” says Pedersen.   “Our objective is to work together to develop scalable and replicable RAS systems and go-to-market strategies that give fish producers a better shot at economically viability.”

“Pentair’s engagement gives this venture a tremendous advantage, although all of their assistance is at arms-length, market-basis.   Our success has to reflect economic realities. It’s a powerful corporate/entrepreneur partnership,” he adds.

Pedersen says he has spent the last four years researching indoor RAS and the aquaculture market.  “It needed to be a high enough value species that the economics for land-based aquaculture could work,” he explains. “That was the needle I had to thread.”

He says that it is important that European sea bass, which is also known by its Italian name, Branzino, is growing in popularity in the US. “It is farmed already in pens in Europe, so I don’t have to deal with that stigma, but farming it in a land-based operationwhere we can recover our waste products and do not need to use antibiotics is a real plus for our marketing.”

“It is a specialty product that we will sell directly to restaurants and high-end grocery stores like Whole Foods and Trader Joes,” he explains.  “They put a premium on fresh local products and environmental sustainability.”

It’s no accident that he chose Connecticut for the operation’s location, the mid way between the markets of Boston and New York.  There is ample fresh water, and a lagging manufacturing economy that has left behind dormant warehouse space, under-utilized infrastructure such as natural gas and electric power, and a legislature eager to welcome land-based aquaculture.  “It’s a high-tech manufacturing process really,” says Pedersen.

Half-gram fry will arrive from Europe. Pedersen says he can work with suppliers in Turkey, Greece and France.  After a four-month nursery quarantine they will be transferred to the 12 100-cubic-meter tanks and left to grow for 12 months.  The company is aiming for 143 metric tons a year of 550-650 gram fish.

“The technical expertise exists to raise this species very successfully in land-based systems (also in Europe) and that was another reason we chose it,” says Pedersen. He will be making his own salt water.

“Ziegler Feeds is only a 3.5-hour drive from Connecticut and using a local vendor is important for us,” says Pedersen.  “We are estimating a 1.5-to-1.7 to 1 feed conversion ratio for grow-out fish.”

“There are many dedicated, smart and well-thought-through people who have attempted to make this work,” Pedersen points out.  “I have done a substantial amount of industry research and financial modeling and I am going into this with my eyes open.”

“I have intensively researched RAS operations like Local Ocean that have had difficulty with land-based systems and tried to develop my business plan to mitigate those challenges,” he says. Local Ocean shut its operations in Greenport, New York state, in August 2013.  “Ultimately these companies failed because they ran out of money.  Although the reasons for this tend to vary from company to company, one common reason is undercapitalization.  I have tried to avoid this as much as possible.”

“We have a huge problem in this country with respect to land-based aquaculture,” Pedersen says.  “There is not capital that is easily available for this because there are no good viable economic models. And because there are no models there is no capital so no one can develop a viable economic model.  So we are in a holding pattern.  I am fortunate that I have been able to find a number of motivated investors and I have partnered with Pentair.”

“I really believe that the goal here for both Great American Aquaculture and Pentair is to develop a model that can be replicated,” says Pedersen.  “If we can look at community- or family-size operations, these can provide a compelling alternative to, say, owning a fast-food joint.  Find a warehouse, get the right consultancy, move in the right aquaculture equipment and become a local, sustainable, high-quality seafood producer.”