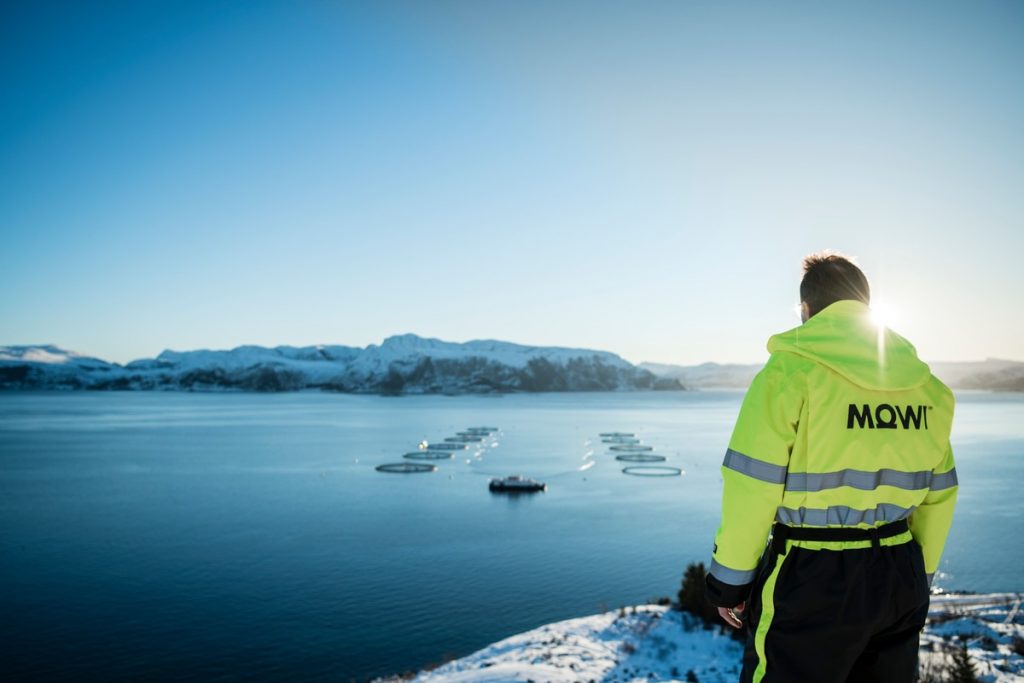 A Canadian economist referred to it as “a campaign, not an analysis.” A veteran salmon farmer would call it “typically familiar.”

Obviously it’s the latter that has salmon farmers on CMF’s “naughty” list.

Dead Loss
The CMF report, titled ”Dead Loss,” goes beyond critique of wild-caught fish in salmon feed. It is admittedly a blinkered look (hey, give them some credit for admitting their bias) at only the challenges a livestock farmer will face, or as CMF calls it “the negative externalities”: stock mortality, pest control, feed sourcing, animal welfare, CO2 emissions. It then assigns a cost to each externality. The research firm Just Economics, commissioned to do the maths, admits its methodologies are “flexible.” Over a seven-year period they estimate the cost to economies, society and the environment at a whopping $47 billion.

Even though Just Economics methodologies are a secret and flexible, the estimated values don’t really matter that much. That’s just click bait. Salmon farmers, and farmers in general, are fully aware that challenges to the business have costs and that these challenges must be continually addressed. Adding up several years of data for shock value and click bait doesn’t change this awareness.

What matters is the cost benefit. And this is where one single sentence buried in the report but not included in the promotional press release (of course) is key: “Considering the full range of costs and benefits may well demonstrate positive benefits from aquaculture (and even salmon farming).”

So, there it is in a nutshell. There are externalities that have a cost and salmon farmers need to continually work to address them. There are also a myriad of benefits and in the end the balance is positive.

If Just Economics are commissioned to create a cost report for schools and hospitals, I certainly hope they factor in the benefits of education… and not dying.

Responsible use of fishmeal
All food producers must accept criticism and be willing to work to improve sustainability, and salmon farmers can agree with Changing Markets that there are opportunities for continued improvements in our business. But that said, I do not agree with Changing Markets’ campaign approach that seeks to shift consumption of sustainably caught fishmeal (small pelagic fish such as sardine and anchovy). The inclusion of small amounts of fishmeal and oil in our salmon’s diet is integral to a salmon’s health and welfare. And while we continue to source alternative and equally sustainable feed ingredients that may provide a quality substitute for fishmeal and oil, the consumption of pelagic fish by humans and fish is regarded as the most responsible use of a global commodity.

The global fishmeal and fish oil industry absolutely needs to remain stable and sustainable and aquaculture feed companies are working to source only globally certified pelagic fish. However, a shift in use of fishmeal will only do just that: shift. It won’t reduce the annual sustainable catch.

If Changing Markets wishes to increase human consumption of pelagic fish, then they may want to create a campaign that gets consumers excited about eating little fish with lots of little bones.

No change in marketing
These type of reports and studies – targeted campaigns masquerading as brilliant academia and marketed to global media with alluring “embargoes” – aren’t new to salmon farmers. An early example that veteran salmon farmers will not forget is the PCB study published with great fanfare on January 9, 2004. The study was just one part of a $75M grand campaign funded by US foundations and philanthropists to shift consumers away from imported farmed seafood, especially salmon. One grant provided by California’s Gordon and Betty Moore Foundation in 2004 was most explicit, asking for “integration of aquaculture science messages into antifarming campaigns”.

Quite simply, the PCB study spun the data however possible to come up with a headline that shocked. It worked. “Farmed Salmon Laced With Toxins” read the front-page headline in one of Canada’s national newspapers. The New York Times (NYT) reported “Farmed Salmon Have More Contaminants Than Wild Ones.”

But the truth was this: The study found that all salmon, whether wild-caught and farm-raised, were very healthy and levels of contaminants were far below national health thresholds. The study’s press release simply targeted the extremes for comparison.

This context and correction was published on page 64 of the NYT the next day.

In related news: You may have read that the Coller FAIRR Protein Producer Index rated salmon producers highly again in 2020, due to the sector’s high level of transparency and strong results specific to critical environmental, social and governance (ESG) issues. Four salmon farming companies are ranked within the top 10 global animal protein producers.

If you didn’t read this news, I’d understand. It didn’t launch with an embargo, it showed its work, and it made comparisons to all other livestock farming. Let’s be honest – that’s just too much context, detail, fact and transparency to warrant a sexy headline on the front page.

Ian Roberts began his salmon farming career as a scuba diver in British Columbia, Canada, in 1992. Spending a decade working alongside the Kitasoo/Xai’xais First Nation helping to expand the Nation’s aquaculture business cemented Ian’s passion for aquaculture. Ian is a Director of Communications with Mowi, the world’s largest salmon producer.