The global popularity of tuna consumption has resulted in overfishing of wild tuna species, such as the Pacific bluefin tuna, which is now at just three percent of its original population. To address this challenge, a collaborative effort is developing sustainable solutions to bolster the tuna supply. 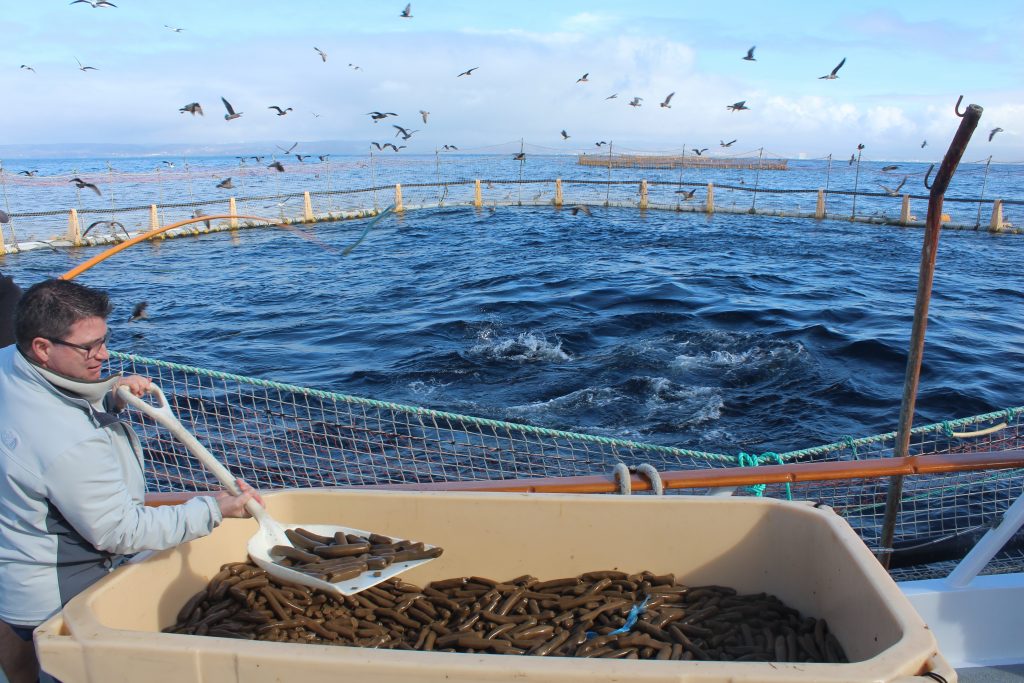 A new grant from the Foundation for Food and Agriculture Research (FFAR) augments ongoing support from the Illinois Soybean Association (ISA) checkoff program and will allow Ichthus Unlimited, LLC, to establish a hatchery in the San Diego Bay area. This will be the first tuna hatchery in North America and the third bluefin hatchery in the world.

Ichthus Unlimited president Alejandro Buentello will lead the hatchery project to cultivate Pacific bluefin tuna eggs, raise them to juvenile fish and distribute them to tuna farms to be raised to market maturity. This aquaculture system will improve the sustainability and quality of tuna production. It also will stimulate economic growth, as bluefin tuna species alone generate an estimated value of $2 to $2.5 billion per year globally.

“High global demand increases tuna value and induces overfishing of wild stocks,” Buentello says. “The tuna ranching industry is constrained by a stringent quota system that limits the amount of wild tuna they can catch to stock in oceanic cages. With ISA support, we successfully developed soy-based feed that can be commercially manufactured.

“Now, we have the knowledge and ability to take the next step. Closed-cycle aquaculture, combined with sustainable diets, offer the best opportunity to prevent wild tuna stocks depletion while meeting global demand.”

Implementation of hatchery technology is the natural progression to supply tuna for the farming industry while reducing fishing pressure on wild tuna populations. Today, Pacific bluefin tuna are nearing placement on the endangered species list.

“Bluefin tuna aquaculture represents a major, new high-value market for U.S. farmers, but there is much science to be done to produce the fish entirely under farmed conditions,” says Sally Rockey, FFAR executive director. “This research has the potential to not only stabilize the wild population, but also create economic opportunities in farming the delicacy.”

Ichthus Unlimited will build on technology and experience of the two other existing Pacific bluefin tuna hatcheries and add knowledge of formulated feed to lead a breakthrough in sustainable tuna production.

“To protect our oceans, it is critical new hatchery technology be coupled with sustainable feed technology,” he says. “Renewable, plant-based feed begins to eliminate the mining of living marine resources.”

For the past three years, Buentello has led ISA-funded research to develop sustainable soy-based diets for tuna. He explains that feeding large quantities of wild-caught baitfish like sardines is environmentally unsustainable. The nutritionally dense soy-based diet improves feed conversion rates, reduces waste and improves meat quality. And it is made from sustainable, renewable ingredients.

“Soy protein is a complete protein that replaces fishmeal in diets for many aquatic species and has become the top ingredient in aquaculture feed,” says Albertson. “ISA filled a research gap in alternative protein research for tuna that existed because of the species’ complexity. We’ve laid the foundation to use soy-based feed from early development through maturity.”

The formulated diet decreases the feed conversion ratio from 28:1 with wild-caught sardines to 4:1, and reduces the amount of fishmeal and fish oil in feed by tenfold. The video Feeding Bluefin summarizes the research and its potential impact on protecting endangered wild tuna stocks.

“The aquaculture industry can use soy-based tuna feed to improve tuna sustainability,” says Scott Gaffner, an ISA director and soybean producer from Greenville, Ill. “That will significantly reduce the environmental impact of raising tuna and build market demand for soy protein.”

The new hatchery will continue this trend of industry collaboration, as Ichthus Unlimited works with other tuna hatcheries, FFAR, ISA, Texas A&M University, the Spanish Institute of Oceanography and feed manufacturers.

“We have developed manageable solutions for tuna production based on strong science,” says Buentello. “We are proud to work with forward-thinking leaders to develop truly sustainable hatch-to-harvest tuna farming.”