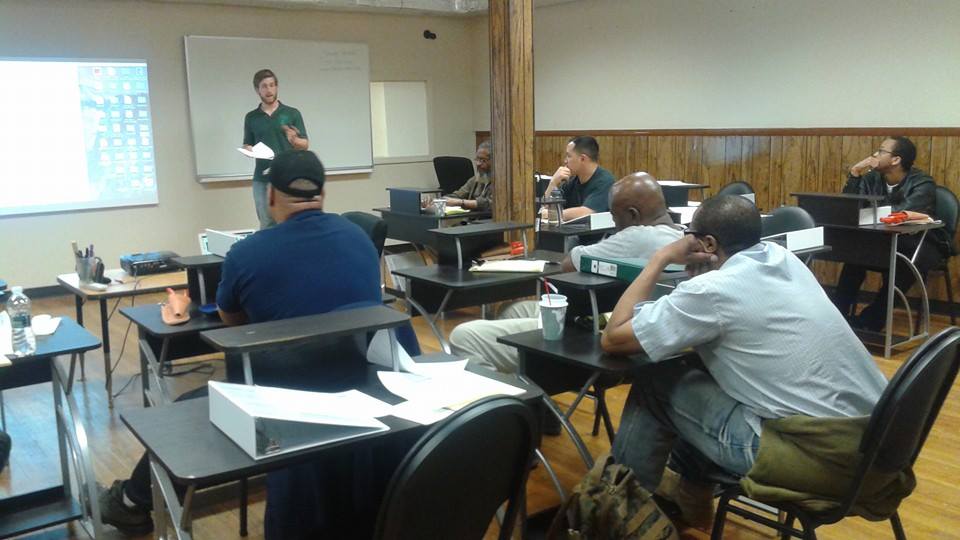 US military veterans, a tilapia fish hatchery and a closed-circuit aquaponics greenhouse operation using the fish from the hatchery are taking part in an unusual fish-exchange program designed to keep dangerously-contaminated fish from New Jersey’s heavily-polluted Lower Passaic River from going into the mouths of potential consumers.

The unique Rutgers Veterans Environmental Technology and Solutions (VETS) program is a groundbreaking initiative designed to empower local, unemployed military veterans by training them with new “green” job skills, such as fish farming and agriculture – which in combination is what aquaponics is.

The program at Rutgers comes under the university’s group of extension programs and has Essex and Passaic Counties Environmental and Resource Management Agent Amy Rowe as its co-director.

Rowe, who also helps teach the veterans their new skills in the aquaculture and fisheries area, explained that under the exchange program, anglers who have caught contaminated fish from the river can take their catch on Saturdays to an exchange site set up at a well-known and popular fishing spot on the river.

There they can hand in their catch and on a pound-for-pound basis receive clean, edible and uncontaminated fish from the veterans in the Rutgers VETS program, obtained originally from a hatchery in northwest New Jersey.

Rowe said the exchange program, which started in 2015, has so far been funded $550,000 a year by the Lower Passaic River Study Area Cooperating Parties Group (CPG) of polluting companies.

The CPG, which stretches to dozens of names, currently gives a total of about $1.8million a year to fund the veterans’ education program. Rowe said that a large part of the fund goes to the veterans receiving an educational stipend while undergoing the certified training programs. The programs span a broad range of sustainability-related jobs such as aquaponics, landscaping, and agricultural farming, as well as courses to help participants develop business skills such as writing business plans.

The aquaponics program has around 15 participants that learn through a combination of different activities. Last year, the aquaponics training program received a total of 260 fingerlings from the Garden State Tilapia hatchery in Newton. Rowe explained that the fish, which were bought for $520 using CPG funding given to the VETs program for the purpose, came in “staggered” at two different sizes – 2 in and 3.5in – so that they would reach harvest size at the different times in the fishing season.

Rowe said the fingerlings were then raised as the fish part of the aquaponics program in the specially-built 70 ft x 35 ft greenhouse. The water from their tanks feeds nutrients to the plants being grown in the agricultural section of the water-recirculating facility. When they’re big enough, the young tilapia go out to the fish-exchange site.

Rowe said the VETS exchange program is the US’s first-ever fish exchange program of its kind aimed at protecting consumers from eating highly-contaminated sports fish. It was designed specifically as an initiative to reduce health risks for people who catch and eat fish from the Lower Passaic. The river has a very unhealthy mix of PCBs, cancer-causing dioxins, and heavy metals.

She said though that the healthy and uncontaminated juvenile tilapia from the hatchery help teach veteran trainees about a range of aquaponics topics, including raising juvenile fish in a closed-circuit setting.

Rowe said in 2015, only 110 of the tilapia fingerlings from the hatchery went out in the exchange part of the program, which she said also educated more than 240 community members about the state of the river. The exchange prevented more than 157 lbs of contaminated fish from being eaten by fishermen and their families.

As a result, Rowe said, there were still 150 fish left at the greenhouse at the end of 2015, so the program had no plans to buy any new fingerlings from the hatchery this year. It may return there next year since the program is expected to run at least until then. It’s funded on a year-by-year basis, as decided by the polluters’ group.

Rowe said the tilapia went out in exchange for eels, whitefish, perch, “a couple of carp,” and some crabs, in a program that ran from April to the end of December 2015.