Ryan Chatterson, a commercial aquaponics farmer and consultant in aquaponics design, engineering and educational services discusses how adding greens to your salmon makes a lot of sense. 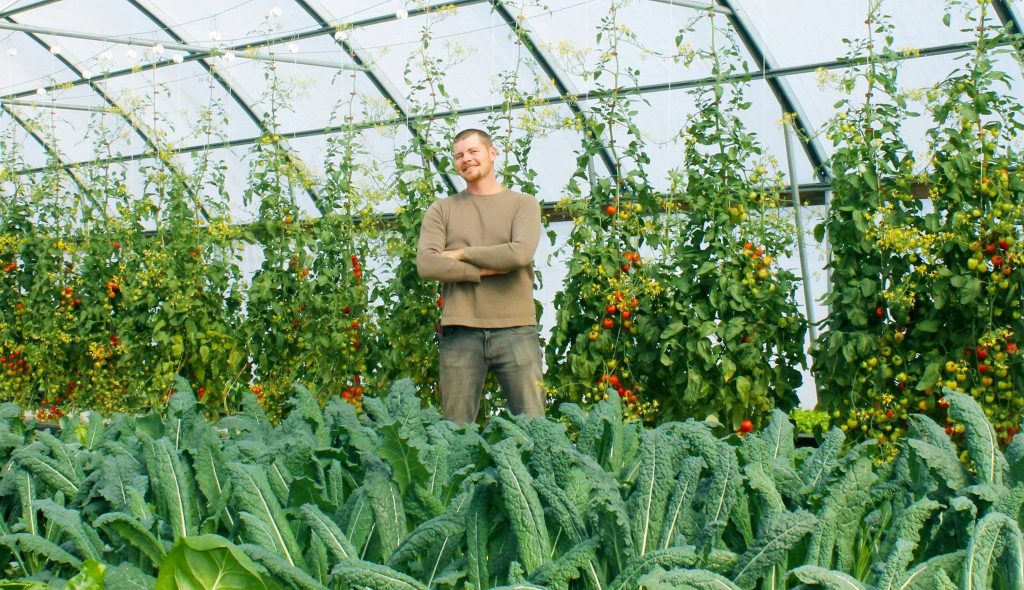 Can aquaponics serve as a catalyst to bring sustainable salmon production out of net pens and into land-based RAS facilities? Ryan Chatterson, who owns an aquaponics operation called Chatterson Farms with his wife Katie in Clermont, Florida, certainly believes so.

Earlier in his career, Chatterson spent 10 years working at Aquatic Eco-Systems (now Pentair), where he assisted in thousands of aquaponic projects ranging from backyard systems to large commercial designs. He is also the founder and president of Aquaponic Engineering and Design, a custom design and consulting company. At Aquaculture America 2018 in Las Vegas in February, he listed many reasons why aquaponics now broadly makes more sense than ever for land-based farming of salmon and other fish.

At this point in history, humanity has an increased understanding of how to concentrate nutrients from the waste of fish and other livestock, he notes, at the same time sources of phosphorus around the world are being depleted. Chatterson also explained that better automation in hydroponics is now making investment in aquaponics more attractive than ever. Another important point is that increasingly, aquaculture operations are having to pay to remove wastes from fish farm effluent, which aquaponics minimizes or makes unnecessary. Chatterson also noted that certification using RAS fish waste as organic nutrient source has recently been upheld in the United States, making it possible to market the produce at a premium organic price.

Chatterson told the audience: “Why go through all the trouble of adding an aquaponic component to your aquaculture business? Well, you can diversify your revenue stream. You’re spreading risk across multiple profit centres. Money is coming in the door back fast to fuel that business, within six to eight weeks of start-up…Investors like to hear that.” Aquaponics, he said, also increases your profit margins, as the profit margin from the greens is quite large.

Chatterson lastly pointed out that making fish waste a part of one’s story in the form of aquaponics is good PR. “It gives your firm the ability to make legitimate ‘green’ claims and can set you apart from your competitors, and the ‘green’ nature of aquaponics might also open up new opportunities for borrowing or grants,” he said.

He advises RAS operations that don’t want to grow plants to convert fish waste into dry organic fertilizer, liquid hydroponic concentrate or concentrated soil inoculant. “Just don’t flush that ‘liquid gold’ down the drain,” Chatterson says. And even though it may not seem that aquaponics will be a solution for everyone, “market research should still be done as it might be a game-changer for your business,” he suggested.