Is aquaponics the answer? 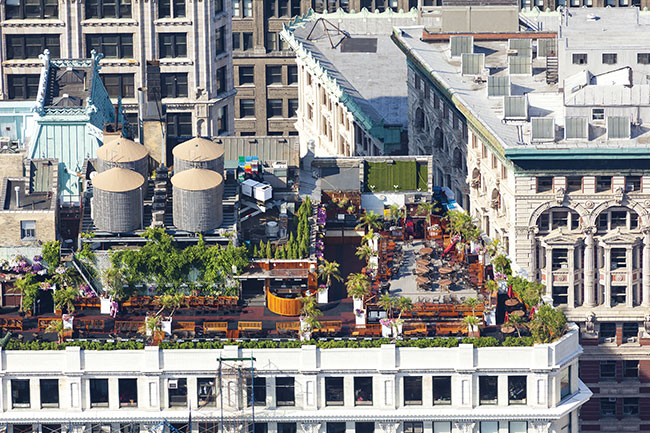 I have a T shirt that proclaims, “Bacon is the answer… What is the question?” This leads to a similar question about aquaculture.

I suggest it is reasonable to conclude that American aquaculture, including aquaponics, is struggling. Is aquaponics the answer for getting American aquaculture back on track toward the status its future was once thought to have? The “blue wave” predictions of the 1970s have not come to fruition, especially over the last 20 years. Worldwide, aquaculture has flourished. Production of traditional species has expanded and additional species have been brought into production. But in the US, an array of issues has affected aquaculture; these include such matters as foreign competition, access to suitable sources of water, inconsistent regulations among various jurisdictions, opposition from environmental activists, and high costs of feed and labor, to name a few. These issues have combined to slow the development and diversification of aquaculture in the United States. The decline in acres of ponds in channel catfish production is but one example.

Dr George B. Brooks, Jr told the audience at Aquaculture America 2018 in Las Vegas that he thought they already knew intuitively the fact that aquaponics is a major factor in rebuilding American aquaculture. Dr Brooks went on to say that a huge market exists in the United States and supplying that market with desired products grown locally will be sufficient incentive for the resurgence of American aquaculture. Re-building on an aquaponics model provides for more efficient use of space, labor, and water, while reducing transportation costs. Dr Brooks is putting his words into practice by teaching urban agriculture and community development, including aquaponics, at Mesa Community College. He has challenged the Phoenix City Council and its Office of Environmental Programs to support the development of community gardens, aquaponics, and hydroponics in their efforts to improve public health and a sense of community.

I’d like to think that I have a personal stake in Dr Brooks’ programs. I met him 25 years ago when he was a doctoral student at the University of Arizona. His advisor, Dr O. Eugene (Gene) Maughn, was a colleague of mine during my days in the USFWS Cooperative Fisheries Research Unit program. Dr Brooks and I met at an aquaculture conference in San Diego and quickly became, “George” and “John” during a three-hour dinner at a local watering hole. I don’t remember whether or not we discussed aquaponics, but we covered pretty much everything in the field of aquaculture and aquaculture development. Given the enthusiasm, intelligence, and social awareness George displayed that evening, I understood completely why Gene had accepted him as a graduate student. I also understand how George has emerged as a champion of aquaponics and urban community agriculture.

Aquaponics in the desert raises additional questions, but also addresses some of the unique problems associated with agriculture in the desert. Agriculture, the process and practices of growing crops for human and/or animal consumption, requires water; and lots of it. Adequate water supplies are the first challenge for any form of agriculture in a desert environment. Traditional aquaculture in either a pond system or a raceway/tank system requires large volumes of clean water; water in the right quality and temperature. Deserts are notoriously lacking in water. Cage systems in desert reservoirs face many obstacles and the few attempts to use such systems have not lasted long. Recirculating aquaculture systems (RAS) using groundwater may solve water supply problems, but they are relatively expensive and the quality and/or temperature in specific locations may be inappropriate.

Aquaponics systems in which specific animal and plant products are grown together to meet local demands can solve several problems with one system. Intensive use and reuse of water is the first big advantage of an aquaponics system. Given the intensive use of space for fish, perhaps other aquatic species in the future, and the ability to use stacked vertical systems for plants enable aquaponics operators to grow large volumes of products in a relatively small area. Costs to develop aquaponics systems are greater than the costs of a simple pond system, but the greater production of high-value products more than compensates for these startup costs. Operating costs are also higher than those of a pond or cage system, but the efficiencies of operating in a compact area again offset these costs. Aquaponics operators must learn to operate an array of systems and to understand the needs of the plants and animals in their systems, but once again the rewards from the sale of multiple kinds of products offset the efforts needed to function effectively.

When I was the National Aquaculture Coordinator for the USFWS/Department of the Interior, individuals often asked me, “How can I get rich growing fish or shrimp in my basement?” I did not have many good suggestions. Now, I might refer them to George Brooks and his courses at Mesa Community College. George says there are still issues to be solved, but he encourages such inquiries and consistently sees demands for seats in his courses exceed available space. As can be expected, research on the best species for aquaponics in specific areas is needed; perhaps conducted by state and/or federal experiment stations. Processing and distribution hubs for the harvest, improved system designs, and access to capital are also needed before aquaponics can be “the answer” to re-energizing American aquaculture.