To help diversify the economy and support economic development on the Burin Peninsula, the Provincial Government of Newfoundland and Labrador in Canada has entered into an Environmental Indemnification Agreement with Marbase Marystown Inc. This agreement facilitates the completion of Marbase’s purchase of the Marystown Shipyard, the site for the planned establishment of an integrated aquaculture hub. 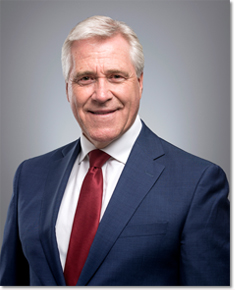 Dwight Ball, Premier of Newfoundland and Labrador, Paul Antle, president and CEO of Marbase, and Bjorn Apeland, CEO of Amar Group AS, announced the details in St. John’s. They were joined by Bernard Davis, Minister of Tourism, Culture, Industry and Innovation.

“Our government has always wanted to see the shipyard return to being a hub of economic activity, and generate new opportunities on the Burin Peninsula. We worked with business and other stakeholders in an effort to make that happen, and as a result, new jobs and wealth will be created in this region,” Ball said.

Marbase will invest $7.5 million over the next three years to establish an innovative, fully-integrated aquaculture service hub at the former Marystown Shipyard. The Provincial Government has agreed to complete remediation of the shipyard site, at an estimated cost of $1.5 million.

Newfoundland and Labrador’s aquaculture industry creates 2,500 direct and indirect jobs, and has a total market value of $276 million. Industry leaders such as Cooke Aquaculture, Marine Harvest and Grieg NL have established operations in the province.

Support for this project delivers on commitments of The Way Forward to strengthen the province’s economic foundation. The Way Forward outlines all actions the Provincial Government is taking to achieve a strong, diversified province with a high standard of living, and can be viewed at thewayforward.gov.nl.ca.