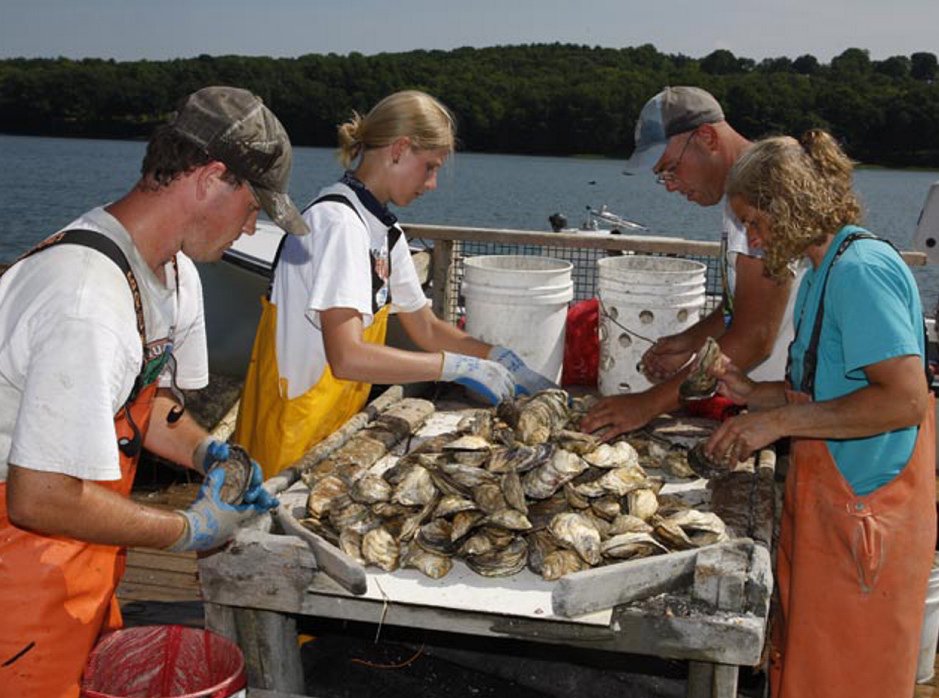 Sebastian Belle, director of the Maine Aquaculture Association (MAA), says a light bulb moment for him at the recent Northeast Aquaculture Conference and Exposition (NACE) was seeing the number of young people in attendance when he asked everyone under the age of 25 to raise a hand.  “This year,” he says, “over 100 responded, whereas at previous NACEs, one of the biggest challenges was the dearth of young people.

“There’s a flood of young people excited about making aquaculture their career -high school kids through college graduates as well as sons and daughters of commercial fishermen who cannot get fishing licenses and are looking to aquaculture as a way to make a living on the water.”

The Maine aquaculture community is dedicated to ensuring that these young people find an increasingly favorable climate for entering the industry, whether as a farmer, researcher or in one of the other clusters vital to its growth.

Industry leaders are about to update the 184-page publication:  Directing the Future of Maine’s Aquaculture Industry: An Economic Development Plan.  It was published in 2010 after a year of intensive work led by MAA, Maine Sea Grant, University of Maine Aquaculture Research Institute and Maine Aquaculture Innovation Center.  Over 75 representatives from the industry and other concerned individuals and organizations examined every aspect of the industry.  The plan has sections on History of Aquaculture in Maine; Overview of the Current Maine Industry; Economic Development; and Research, Technology Transfer and Education Priorities.

The document identifies bottlenecks that slow down aquaculture development in Maine and offers solutions to problems that it says must be solved before the industry loses ground to development and recreational use that will, as one grower puts it, gobble up the remaining coastline.

It emphasizes that research needs to be targeted to specific needs.  “We are a small state with limited resources,” Belle says.  “We have to work together to make sure that our resources are being used to solve key bottlenecks, that we are making more efficient use of limited research dollars.”

One problem pinpointed by the plan discusses the state government’s regulatory atmosphere, which Belle says centers on preventing problems from happening, rather than stimulating development, as is the case in many other parts of the world.  This, he says, needs to change to promote investor interest and confidence.

Planners found insufficient support for aquaculture at the University of Maine.  “There’s a big section on the role the university should play,” says Belle, “and how that contributes to attracting investors and entrepreneurs.  We found that although the state has invested millions in building state of the art facilities, the university has not hired to replace retirements in the aquaculture faculty.  They are very good in animal health, but there’s a real dearth of intellectual capital in almost all the other areas required for development.”

Benefits of reduced approval time and collaboration with tourism realized

However, he does say there has been a vast improvement in one bottleneck highlighted by the plan – the length of time required to obtain an aquaculture lease.  “The current commissioner of the Department of Marine Resources, Patrick Keliher, hired an additional hearing officer,” he says, “which has shortened the time for hearing decisions from two to three years to three months, a move forward that vastly helps create investor confidence.”

Since the plan was published, he says there has also been progress in linking aquaculture with the tourism industry.  Maine now boasts an Oyster Trail to link tourists with restaurants that use locally farmed seafood, and MAA has established close connections with food groups and writers, sponsoring special events for both.  The aquaculture industry has also strengthened ties with the traditional fishing industry by running two training academies for growing out cod fish, and another on aquaculture techniques for municipal clam harvesters who will lease sections of municipal clam flats for their projects.

The plan indicates the need to help entrepreneurs obtain funding.  Solutions included developing economic benchmark studies for aquaculture and creating a Waterfront Fund for people who are unable to satisfy equity requirements for loans for large expenditures.

“All of the stuff I worry about and lose sleep over,” Belle says – “all of that, I am confident we will solve.  We have young people coming in who are excited, energetic and determined.  They are going to be part of the solution.”