Marine Harvest Canada (MHC) and Cermaq have filed requests for injunction against fish farm protesters after requests for them not to enter the farms were ignored and efforts for constructive dialogue failed. 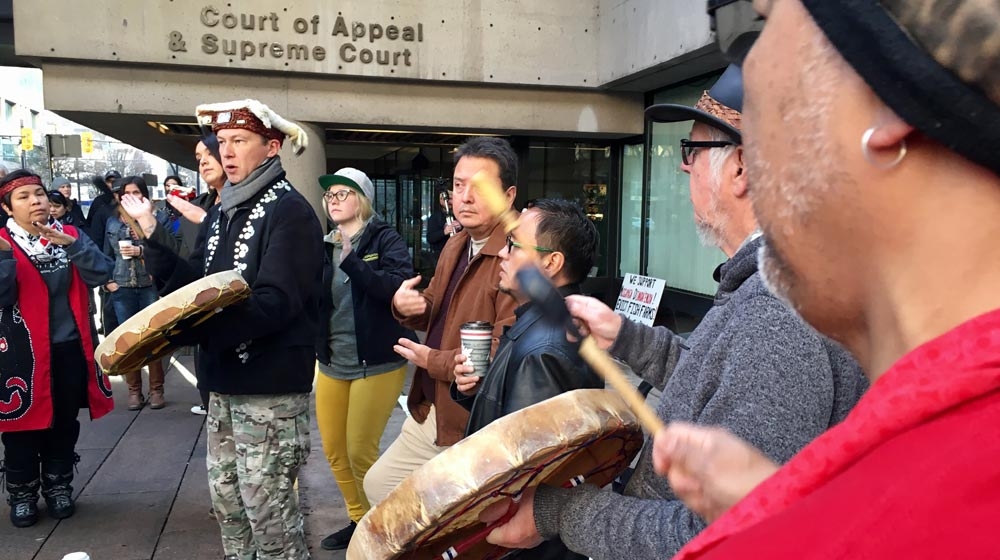 Anti-salmon-farm activists outside the BC Supreme Court

A verdict is expected over the next few days in MHC’s request for injunction against anti-fish farm protesters who have been occupying the company’s Midsummer aquaculture site located near Port McNeill, BC.

Marine Harvest said its application for injunction comes after the company’s “repeated efforts to seek dialogue with local First Nation leaders for a safe and peaceful resolution to the protest, and after multiple requests that activists not enter the private worksite.”

Cermaq followed suit after its Burdwood salmon farm was again boarded by a group of activists. The company said the group “harassed” Cermaq employees and “entered a farm pen, again stressing our fish.”

“This has become a harassment campaign and is putting our staff and salmon at risk,” said David Kiemele, Cermaq Canada’s managing director. “This group is clearly not interested in constructive discussion or peaceful demonstration. They deliberately ignore the practices, policies and procedures we have in place to protect our people and our salmon.”

Salmon farms have a tenure agreement with the Ministry of Forest Lands Natural Resource Operations and Rural Development that gives them the right to operate on BC Crown land and water.  However, some local First Nations want the right to control what activities go on in their traditional territories. They believe open-net salmon farms affect wild salmon populations.

“We have the right as Indigenous people to be monitoring and protecting our land and waters. Peacefully occupying or boarding these farms is necessary in order to protect our culture,” Molina Dawson, one of the protesters, told APTN News.