Two tech companies with roots in Canada and the United States triumphed at the 2019 Aquaculture Awards, the first edition that accepted nominees outside the UK. 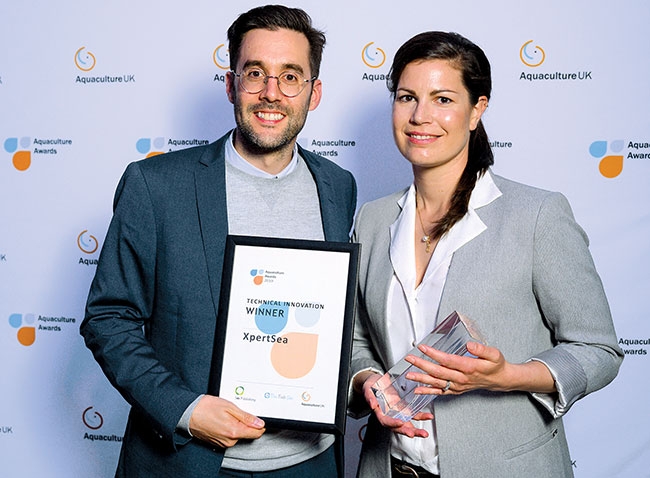 The Technical Innovation award went to Canada’s XpertSea for its platform that eliminates the need for farmers to manually count aquatic organisms such as shrimp larvae and live feed. The company’s XperCount technology uses artificial intelligence and computer vision to count and size early-stage organisms. This enables farmers to make informed data-driven decisions and maximize profitability. The invention has been widely adopted by the shrimp sector in Southeast Asia and the Americas since its launch in November.

Manolin, a US-based tech firm whose health analytics software enables salmon farmers measure the effectiveness of their sea lice treatments, was the other North American winner. It was awarded the Most Promising New Entrant. Although it has its beginnings in the US, the company is currently focused on the Norwegian salmon industry (see company’s expansion plans on the next page).

Aquaculture Awards 2019 was organized by 5m Publishing and held in Edinburgh, Scotland in May. The next edition will take place at Aquaculture UK trade show in Aviemore on 19-21 May 2020.