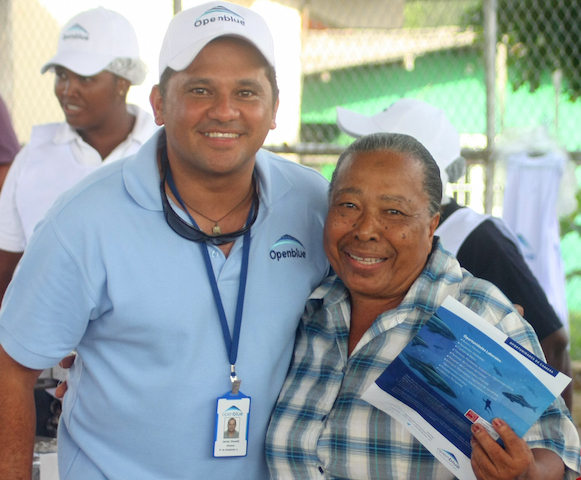 Cobia mariculture firm Open Blue has been on the forefront of offshore pen farming for nearly a decade and executives say they are working to push the company into the next ten years and beyond with new leadership and advanced farming technology.

Earlier this year, the company hired a new chief executive officer (CEO), Dave Plummer, an experienced executive with former positions at IBM and global marketing and sales corporations in America and Asia.

The hiring of Plummer and additional recruiting for farm managers and staff with experience in current farm technology and implementation practices is an example of where the company is heading, explained founder Brian O’Hanlon, whose role at the company has changed with Plummer’s arrival.

“I continue to be very active in the company I founded,” he told Aquaculture North America. “I am now working on the advancements of our technology platform. I lead a small team inside Open Blue, in Panama, that is working directly with InnovaSea (the merged Ocean Spar and Ocean Farm Technologies) to develop the next generation open ocean mariculture system.”

InnovaSea is playing a key role in the company development. Early this year, the two largest deep ocean mariculture technology makers in the United States joined forces to form a new company InnovaSea, whose executives were down at Open Blue in Panama discussing how the merger would impact one of their biggest clients just days after the merger was announced.

Ocean Farm Technologies is based in the US State of Maine, and OceanSpar is based in Washington State. Ocean Farm was founded in 2005, by Steve Page, who designed geodesic dome shaped fish pens to withstand the extreme offshore environment. AquaPods have since been used by fish farmers in North America and Asia for farming everything from shrimp to finfish.

OceanSpar was founded in 1988 by Gary Loverich and Tom Croker on Bainbridge Island in Washington State. At the time, they were developing trawl gear for the Bering Sea fleet through their first company, Net Systems.

Over the past 25 years or so, OceanSpar has developed and field-tested increasingly large net pens and support equipment for offshore aquaculture and the developed SeaStations have been successfully deployed and tested in countries including Spain, Portugal, Korea, Panama, Mexico and the US.

Although O’Hanlon would not go into any details, he said he looks forward to the new mariculture systems being put in place and to rollout the new systems globally to his other farm locations.

“We are pretty excited about the advances being made and what the future holds for open ocean mariculture,” he explained. “I am also playing a lead role in introducing new customers to our company and will continue to bring my passion and commitment to Open Blue’s success.”

Along with the new technology and staff expansion, Open Blue has been reaching out to the community in Panama where they do most of their operations.  Earlier this year the company

held a Community Open House in Palenque Costa Arriba, Colon. The purpose of the Open House was to strengthen ties in the communities where the company’s facilities are located in the Central American country.

As the company prepares for the next phase of growth, O’Hanlon said the job search continues. “We are keenly interested in finding the right fit for people interested in joining our team here in Panama to advance our progress into making Open Blue a leader in deep-water open ocean mariculture. We are currently recruiting for several positions.”