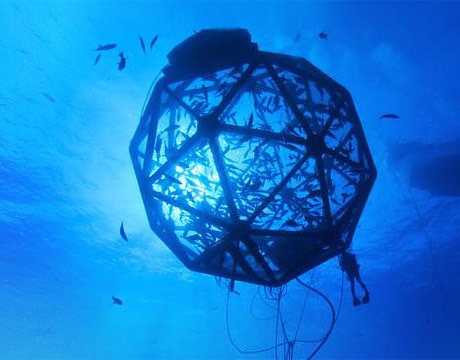 One of the more contentious issues about the patent system

Media coverage of patent litigation and intellectual property rights has increased in the past several years, driven by discussions of Patent Assertion Entities (PAEs), also known as “patent trolls.” PAEs are groups that don’t produce a product, but rather focus on seeking license fees or legal judgements from other companies. According to a 2013 report by the United States President’s Council of Economic Advisers, the National Economic Council, and the Office of Science & Technology Policy, lawsuits brought by PAE had tripled from 2011 to 2013, to 62 per cent of all infringement suits in the United States.

The concern over PAEs has led to increased media coverage and an increase in interest in patent litigation and patent issues in general. Some of those issues have been a concern for years and are now seeing renewed interest in public debate. It’s a discussion which has impacts on every field – including aquaculture.

the Aquapod net pen system in 2004 and has obtained patent protection in 14 countries for the basic design. Yet, they still had to face a stressful encounter over their intellectual property.

“Someone who was helping us do research as a consultant, he got to a point where he wanted to basically sell his company,” says Page.  “One of the ways he did that was to do some work-arounds to our patent and patent them himself and use that to try to get leverage to get our investors to pay an outrageous fee to purchase his company. It’s all perfectly legal.”

The consultant had paid for applications for the competing patents out of his own money. They did not get to the point of acceptance or denial from the United States Patent and Trademark Office, but Page says the fact that they were filed put pressure on his company to see if they were a threat. The consultant had access to a great deal of information that was covered by a confidentiality agreement and it’s arguable, Page says, whether he used that information in coming up with his competing design. InnovaSea Systems were eventually able to determine that the consultant was not in a position to follow through with his threats but it was still a frustrating situation.

“It’s all about money,” says Page. “A patent doesn’t give you anything but the right to defend something legally. We have a patent on our product in China. Most patent attorneys who have litigated in China say ‘be prepared to spend $10 million to fight a Chinese rip-off.’”

One of the more contentious issues about the patent system as a whole, separate from concerns of litigation and patent trolls, is the fact that so much information has to be made public as part of an application. As a result, many companies like Nova Scotia’s Sustainable Fish Farming Canada, who utilize a proprietary closed containment recirculating system, have opted not to pursue a patent on their technology at all, for fear that the patent application process would expose too much.

“We’ve deliberately chosen not to patent it because doing so then puts it out in the public domain,” says Sustainable Fish Farming CEO Kirk Havercroft. “Our understanding is that if we were in the business of selling technology, it becomes so easy for that technology to leak as others try to copy it or emulate it. If somebody’s copied that technology here in Nova Scotia, that’s one thing. But if somebody’s copied the tech in Shanghai, now you have to go all the way to China to fight a very difficult court case.”

Dr. Clifford Fedler is Senior Associate Dean for Academic Programs at Texas Tech University. Dr. Fedler is looking at mechanisms to recycle waste products. Fedler says he began to seek a patent, but it’s difficult because he’s seeking a patent on a process as opposed to a piece of technology.

“Process patents are so difficult to obtain,” says Dr. Fedler. “You have to indicate all the different processes that are going to be tied to your system. You have to indicate exactly how they were going to work. It doesn’t take a lot of effort after that point to understand the critical components of it if someone’s got some level of background on it.”

Dr. Fedler says that while the patent system is important to protect intellectual property and to foster innovation, he worries that the current system ends up weighed in favour of those with the money to play said system.

“There are companies with fairly deep pockets where if they want to use something, they’ll go take whatever they want,” says Dr. Fedler. “They’ll tell the little guy, like me, ‘go ahead, sue me.’ They don’t care because they know the suit will eventually be dropped due to lack of resources. I don’t mean to be callous about it, but I’m not sure that the patent process does provide a person with much benefit, except for those who have the deep pockets to begin with. When you go out and try to get financing to build your business, they say ‘is your stuff patented? If it is, we’ll give you money.’ It’s one of those quagmires that you get yourself into – you need the patent to get the money and you need the money to get the patent. ”