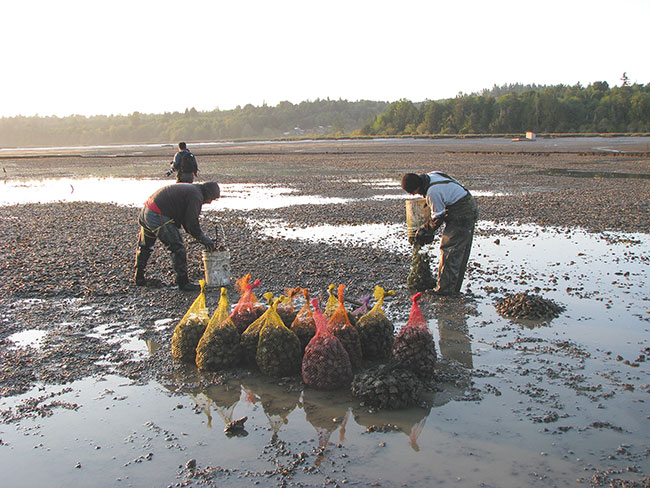 A federal permit that authorizes most of the shellfish operations in the State of Washington is under review after a judge ruled it fails to provide enough environmental protection.

Judge Robert Lasnik found that Nationwide Permit 48 (NWP 48) issued by the US Army Corps of Engineers (USACE) was not in compliance with the Clean Water Act and the National Environmental Policy Act.

The decision to review the permit stemmed from three lawsuits filed individually by the Coalition to Protect Puget Sound Habitat, the Center for Food Safety and the Swinomish Indian Tribal Community. Among the allegations in the complaints were the contamination of Puget Sound waters with plastic debris from shellfish farms and the potential harm to eelgrass beds.

The judge has yet to rule whether to declare the permit null and void, or leave it in place, while the Army Corps remedies its deficiencies.

The Pacific Coast Shellfish Growers Association (PCSGA) is against the permit being vacated while it is under review because that could mean shutting down farming operations. That move will have significant impact on the livelihoods of workers in the state’s more than 300 farms. Those farms, most notably Taylor Shellfish Farms, have propelled Washington State into becoming the largest producer farmed shellfish in the US. Collectively, the farms account for 25 percent of the total domestic production by weight and an annual farm-gate value exceeding $108 million, according to the Pacific Shellfish Institute.

“The most important thing to remember is that growers cannot afford to compromise the health of the environment in which they grow shellfish. That’s how they make their living. And about three quarters are multigenerational–farms that their parents, grandparents and great-grandparents have operated. They all feel like they are stewards because they have to be. They can’t produce this shellfish unless the environment can support it.”