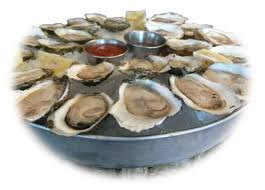 The state of Rhode Island has adopted a plan aimed at reducing the chance of humans becoming ill from oysters not handled properly after harvest.

According to information from the University of Rhode Island (URI), which collaborated in the development of the program through its Graduate School of Oceanography, the problem centres on the bacterium Vibrio parahaemolyticus.

Azure Cygler, the Fisheries and Aquaculture Extension and Sea Grant specialist at the university’s Coastal Resources Center, led the project and according to her, the bacterium doesn’t harm either the oysters or the humans eating them when at low levels.

But it can multiply quickly when the oysters are left in warm sun and allowed to climb to 10 degrees Celsius. And it can then make the consumer “really sick.”

From July 1 through Sept. 14, all oysters from enclosed water bodies such as coastal ponds must be refrigerated or placed on ice within two hours of harvest – or a maximum of five hours for oysters from the open bay.

All oysters must also be put in a shaded location immediately upon harvest, and those oysters removed from the water for husbandry purposes must be re-submerged for two to seven days before being harvested.