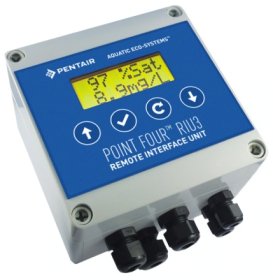 Pentair Aquatic Eco-Systems, a global supplier of equipment, technology and engineered solutions for the aquaculture industry, has announced the release of their new Point Four RIU3 (Next Generation Remote Interface Unit).

According to the company, the RIU3 has features designed for continuous monitoring and control of water parameters and functions as either a stand-alone field mounted

According to the company an important feature is the in-tank probe calibration easily performed using the weatherproof four-button keypad that can be done by just one operator, allowing the user to service the probe and adjust values all at the same probe location.