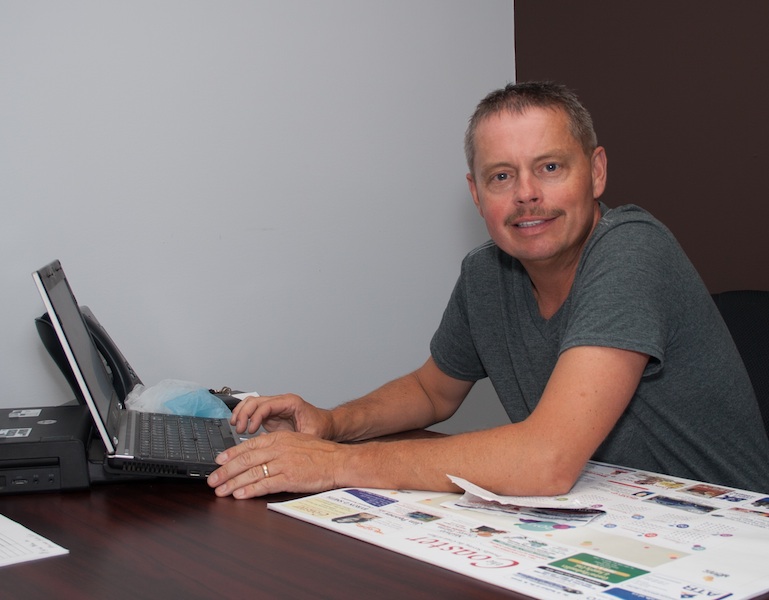 Bill Carter, the manager of Hermitage Processing Inc. in Newfoundland took me on a tour of the company’s processing facility which began operating earlier this summer with 24 workers and eight casuals.

Carter wanted to show me the latest equipment now used by Cooke Aquaculture in Newfoundland.

The first piece was the refrigerated seawater tank where the fish are first held when they are pumped from the harvest vessel bringing them from the cages. The salmon are held here for a short while until the processing line is ready; then they are released from the chill tank, leading to the dewatering conveyor on their way to the Head-on-Gutted (HOG) line.

The first worker to touch the fish places each salmon in a horizontal pocket conveyor which rises automatically to a vertical position for the slicing/gutting process. “This is the first time Cooke has used this type of conveyor in Atlantic Canada,” Carter explains.

“Previously in Cooke’s Harbour Breton plant the conveyor brought the salmon in a horizontal position to the worker for slicing/gutting. This new conveyor which elevates the fish to the vertical position makes it easier for the workers and also makes the process more efficient.”

Noticeable also were the arm/hand movements of the dozen workers on the HOG line: the conveyor moves at a moderate speed, and it requires deft movements of the hands as one worker slices the fish, another does the gutting and slits the kidney line, and a third vacuums the blood, the entrails and the blood all neatly flowing to the offal bin.

Once past the HOG line, the fish are graded for quality by two workers (a visual inspection), and normally would continue to a mechanical size grader, which sorts the salmon into different bins to meet the market requirements. On my tour, this piece of equipment had technical difficulties so the fish were being iced into tote pans, placed on wooden pallets and carried by the forklift operator to a refrigerated truck waiting in the loading bay.

From Hermitage the truck with 32,000 pounds on board travels eight hours to Port-Aux-Basques, takes a six-hour ferry ride to Nova Scotia, and finally ends up in a Cooke Aquaculture plant in New Brunswick. There in a value-added process some of the salmon are filleted; some are left whole as they left Hermitage –  and all are sent to market in Canada and the northern half of the United States.

Before assuming duties as manager in Hermitage, Carter had worked for three years as manager in Cooke’s Harbour Breton plant, and he says that the new plant, the new equipment, and mainly all new workers contribute to a good, efficient working environment at Hermitage Processing Inc.

Manager Bill Carter of Hermitage Processing Inc. types in a message which will automatically notify his workers of the time when processing will begin for the day.

New equipment: Worker Patricia Hunt loads each salmon into the pocket conveyor which automatically tilts to the vertical position for the slicer.

The Slicer: Linda Abbott skillfully slices the fish before the conveyor swiftly moves it along to the worker who removes the gut and slits the kidney/blood line.

Change of Habit: Roberta Goods has trained and been certified as an industrial lift truck operator since she began working earlier this summer.

Tour5.jpg: The new plant also has a chill room capable of holding more than a tractor-trailer load of salmon should the truck be delayed by weather during the winter.