Study: Only one percent of packaged seafood in Canada is fake

Only 1 percent of packaged seafood in Canada is fraudulent, meaning the content was not what the label said it was, according to countrywide SeaChoice research project conducted in spring 2017. 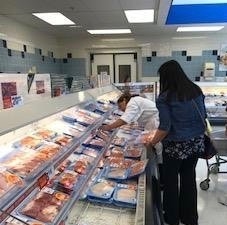 The investigation also found that 7 percent of tested seafood was mislabelled, where fish were sold under a name that was not compliant with the Canadian Food Inspection Agency’s labelling regulations.

“Over the past decade, most Canadian retailers have adopted sustainable seafood policies that have likely contributed to improvements in the accuracy of seafood labels,” says Colleen Turlo, SeaChoice representative from the Ecology Action Centre. “The good news is that retailer efforts appear to have significantly reduced actual fraud.”

SeaChoice suggests that on-package seafood labels should have additional information “that would allow buyers to make decisions with more confidence, whether they’re choosing food for its environmental sustainability, social responsibility, health reasons, supporting local fishers and fish farmers or simply wanting to know exactly what’s in a package.”

“More work needs to be done as there is still seafood being sold with non-compliant and generic common names,” said Turlo.