BC reaps benefits of investments in farmed salmon industry

British Columbia’s farmed salmon industry increased 37 percent in value to the province over the past three years, resulting in the creation of over 1,600 jobs, according to an independent economic analysis of the province’s salmon aquaculture industry. 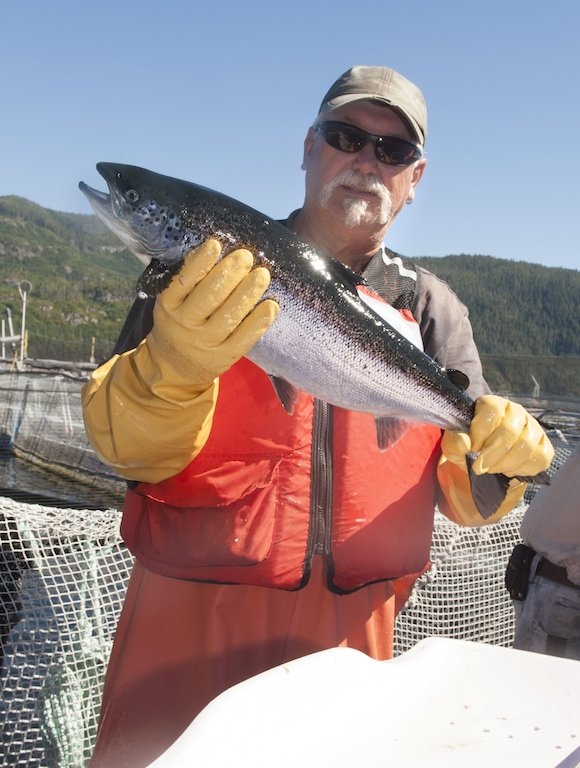 The rise in value shows the industry is reaping the benefits of its nearly $200 million investment over the past three years in technology and practices that increase the overall performance of BC salmon farms.

“The full value chain in the salmon aquaculture sector has turned record high prices over much of the past three years into an unprecedented investment in the sector including farming infrastructure, process plants, land-based hatcheries, and marine vessels leading – the net result is an increase in business performance, as well as an increase in environmental and biological performance,” said BC Salmon Farmers Association (BCSFA) Executive Director Jeremy Dunn.

The rise in value of BC’s farmed fish also reflects the record high salmon prices, driven by the imbalance in global supply and demand. Efforts to curtail the biological footprint of salmon farming has led producers to limit production, meanwhile, demand for salmon is increasing in emerging markets.

In 2016, BC produced 92,800 metric tonnes of farmed salmon, accounting for 90 percent of the total aquaculture production in the province. Farming and processing of farmed salmon resulted in over $1.5 billion towards the BC economy, says the report, prepared for the BCSFA by accountants MNP.

On September 18, the Monterey Bay Aquarium Seafood Watch program added BC farmed salmon to its list of seafood it recommends to consumers. BC is the only such region in the world to have this distinction for its entire Atlantic salmon production.