The future of US aquaculture under Trump 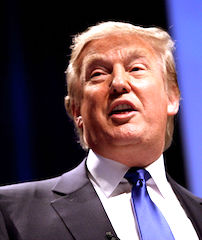 Some changes in environmental law and international trade may have profound effects on American aquaculture.

office, but based on his rhetoric during the campaign, or on what various pundits have suggested as actions he might propose, some changes appear to be in the cards.  Changes pertaining to environmental regulation, food safety laws, international trade, interstate commerce regulations, the Lacey Act, Endangered Species Act, and the EPA could be some of them.

That said, I think it is safe to predict that Mr Trump will not identify aquaculture as a specific area that will require major changes during his administration.  He can be expected to focus on economic and political issues.  Perhaps regulations affecting aquaculture will be priority targets.  Within conservation and resource management matters, I expect him to give much more attention to environmental regulations and terrestrial wildlife, than to fisheries issues.  Perhaps he will follow a path similar to that of Shell Chemical/Petroleum 40 years ago, when Shell determined that aquaculture had a great future, but was not as financially rewarding as petro-chemicals.  Potential for maximum profits outweighed the societal benefits of aquaculture.  The Trump administration can be expected to focus on big economic matters, not small fish.

Mr Trump has never voiced a strong interest in fisheries issues in general and has not been known to comment specifically on aquaculture issues. Although seafood importations are major components in our international trade deficits, they seldom receive much attention in political discussions.  Despite the probable absence of direct actions affecting aquaculture, I suggest that aquaculture will be affected by initiatives taken in other areas, such as changes in environmental regulations, tax reforms, food quality standards for imports, and international trade agreements.  Some changes in environmental law and international trade may have profound effects on American aquaculture.

Given the extreme amount of hyperbole and acrimony generated during the presidential campaigns; and since, as well; I must review some basic facts about American government.  Most importantly, we must remember that a President’s powers are quite limited.  The President has a “bully pulpit”, but not much else.  However, the President, his Cabinet members, and civil servants in administrative positions, have considerable flexibility in how laws and regulations are implemented.  Ultimately, court decisions may determine whether or not laws and regulations are being implemented in accordance with Congressional intent and our Constitution.  Until court decisions are rendered, the interpretations of Executive Branch officials determine implementation.  As one official told me when I worked in Washington, DC, “Until my interpretation of the regulation is beaten through litigation and a court decision, this is how it’s going to be.”  That can be good, or bad… sometimes, very bad.

Here’s a quick review of the structure of American government.  Our government consists of three branches: the Executive Branch (the President, administrators, and civil servants); the Legislative Branch (Congress); and the Judiciary (the Supreme Court and other Federal Courts).  Each branch is limited by a series of checks and balances; therefore, all branches must agree before major actions can be taken.  It is highly doubtful that President Trump will take Executive Actions that affect aquaculture directly.  It’s also doubtful that he will ask Congress to enact new laws pertaining directly to aquaculture; but, individual Members of Congress could propose new legislation.  Court decisions certainly could affect aquaculture, but I am not aware of any pending decisions related to aquaculture.

Actions to modify implementation of existing laws are the most probable source of interest and concern for American aquaculturists.  The Secretary of Agriculture, the Secretary of the Interior, and the Secretary of Commerce will oversee the policies and action of those three Departments.  The priorities and actions of the Secretary of Agriculture will probably have the greatest effects on aquaculture research and services, but mariculture activities and regulations fall under the Department of Commerce. Commerce has been relatively friendly to aquaculture in recent years, and can be expected to continue as a positive force.  The Department of the Interior has become pretty much a regulatory entity for aquaculture in recent years.  Members of Congress from States with active, relatively large, aquaculture programs, such as, Mississippi, Arkansas, Louisiana, Texas, Florida and Idaho will be able to exert influence on the implementation guidelines of the Departments designated for leadership by the National Aquaculture Act, but major legislative actions are doubtful.

Among American aquaculturists there is almost universal hatred for specific portions of the Lacey Act.  When the Lacey Act was enacted in 1900, the primary purpose was to control market hunting and poaching.  Aquaculture was not even mentioned.  Provisions in the Lacey Act were designed to prevent hunters from escaping arrest for violations of State regulations by carrying their illegally taken animals to a neighboring State.  Transporting game that had been taken in violation of State regulations across State lines to avoid arrest and prosecution is a Federal felony rather than a simple misdemeanor.  Fish farmers have been prosecuted under the Lacey Act for hauling legally owned fish grown on their own farms.  It has been nearly impossible for fish farmers to track the variations in State-to-State regulations governing non-native fish and/or fish disease agents.

In addition to identifying the interests of the Secretaries for Agriculture, Commerce, and the Interior, aquaculturists need to track the appointments of new leaders for the Food & Drug Administration, the Environmental Protection Agency, the US Army Corps of Engineers, the National Marine Fisheries Service (note change in agency name), and the US Fish and Wildlife Service.  The priorities of these new leaders will determine whether or not their goal is to “help aquaculture grow”, or to exert increasing pressure on everyday activities in the name of protecting wild, free-ranging aquatic wildlife.

Fish farmers often state, “Aquaculture is Agriculture”, but State and Federal resource management agencies counter this argument by claiming, “Fish are Wildlife.” Which interpretation is preferred by the Trump administration is yet to be determined.